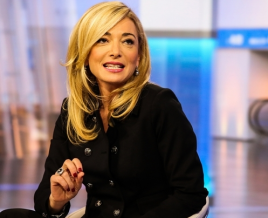 As a result, Lands' End shares took a nosedive leaving the company scrambling to put the pieces back together. According to a press release, chief merchandising and design officer, Joseph Boitano, and chief operating and financial officer, James Gooch, have been named co-interim CEOs, effective immediately.

For a more permanent CEO solution, the company has enlisted the help of executive-search firm Heidrick & Struggles International Inc.