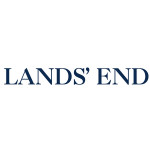 Lands' End Business Outfitters, Dodgeville, Wis., announced that it has hired Jerome Griffith as CEO, taking over for co-interim CEOs Joseph Boitano and James Gooch. Griffith served as CEO of Tumi from 2009 until the company's sale in August 2016. Before that, he held executive positions at Esprit Holdings Limited and Tommy Hilfiger, according to USA Today.

"As Lands' End continues its evolution at the forefront of the retail industry, we believe Jerome's experience and tactical execution will improve financial performance and build sustainable long-term value for stockholders," Lands' End chairman Josephine Linden said, according to Fortune.

For those who don't remember, the previous CEO, Federica Marchionni—the former executive at Dolce & Gabanna and Ferrari—left the company after less than two years. Marchionni, who set out to make the brand more upscale by introducing new lines (including the pricy Canvas by Lands' End line), ruffled feathers by opting out of moving to Wisconsin, instead doing her work from New York City.

Unlike Marchionni, Griffith will be based out of the Dodgeville facility, and likely will live in nearby Madison, Wis.