As kids, few things were as exciting as digging to the bottom of a cereal box for a prize. The products usually weren't even that special—often a spoon or toy that broke after a few minutes. But, the thrill of excavating it from the bottom of its cardboard sarcophagus made it feel more worthwhile.

As adults, our sugary cereal intake has diminished, leaving few opportunities to taste such sweet victory. But, unlike childhood, we can buy beer now, and LandShark Canada is giving customers a way to feel something like we did as kids by putting branded merchandise inside 24-packs. 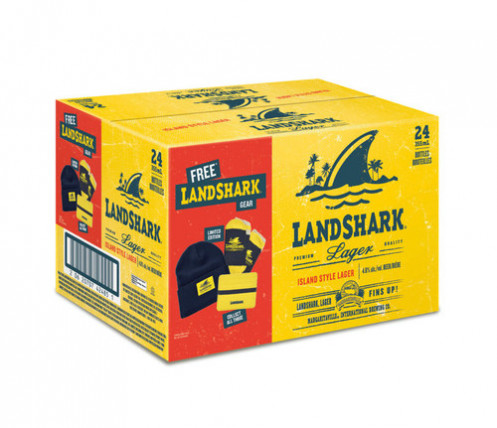 The giveaway is pretty apt for Canadian buyers, with products like wool socks, a beanie (or "toque" as they say up North) and a pocket-sized wallet. Basically, it's everything you need for a snowy beer run.

"LandShark brings the laid-back island vibes we all crave during the winter months," Kim Mannerow, director of marketing for Waterloo Brewing, said in a press release. "We've had great success with this promotion over the past several years, and are thrilled to bring it back this winter with some cool new gear that will keep our fans warm and in in that vacation state of mind."