The Las Vegas Golden Knights Trademark Case Is Not Over 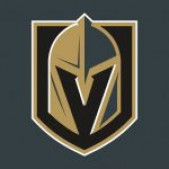 Just because the NHL season is underway, with the Las Vegas Golden Knights seemingly avoiding any trademark disputes that plagued them before the puck drop of opening night, doesn't mean that the battle is over.

According to SportsLogos.net, both the College of Saint Rose and the United States Military Academy (Army) filed separate requests within the last month to extend the deadline to file their opposition to the "Vegas Golden Knights" and "Las Vegas Golden Knights" trademarks. Both were granted their extensions, making the new deadline Jan. 10, 2018.

This means that both parties have until January to decide whether they want to just let this go and maintain the status quo, work with the league to figure out some sort of deal where everyone wins, or straight-up go contest the Golden Knights' trademark and take the fight to court.

Remember when this first came about (and when the Vegas franchise was still deciding on what its name would be), the franchise trademarked other prospective names, like the Silver Knights and Desert Knights. Both of those trademarks have expired, but the team did hold onto one piece of intellectual property: the domain name for SandKnights.com, meaning there's still one possible name the franchise has kept up its sleeve.

So, what this means from a marketing standpoint is, if the worst case scenario plays out and the team is forced to change its name, all marketing materials (including apparel) that say "Golden Knights" will have to change. From a uniform manufacturing standpoint, it doesn't mean much, though. The team's uniforms just say "Knights," so theoretically they could be any kind of knights, really. Sand Knights, Gambling Knights, Boogie Knights, you name it.

Given that the Army Black Knights are such a huge name in sports, it's entirely possible it decides to take further legal action within this three-month window. If that happens, you can bet that the Las Vegas Golden Knights franchise is going to slow down manufacturing promotional items and apparel that say "Golden Knights."

They might start doing that now, just in case.