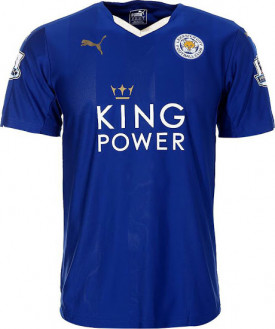 There’s a difference between preparing for the unexpected and, well, preparing for a Cinderella story. That’s where Leicester City, the English soccer team that claimed this year’s Premier League title, finds itself right now. (And who can blame them with pre-season odds of 5,000 to 1?)

While fans continue to celebrate the team’s first championship in its 132-year history, many will have to do so without Leicester City shirts and jerseys.

According to ESPN FC, kits from this season (both home and away, and in all sizes) have been sold out for months at the official club shop at King Power Stadium, as well as at local sports retailers, like JC Sports.

No kits remain in the club’s official Web store either. And, in Thailand, the home of the team’s owners, there are no shirts or jerseys to be found, Bloomberg reported.

Compound the sold-out apparel with exceptionally difficult production and shipping timelines to make more merchandise, and it’s unlikely fans will see restocked apparel in the near future.

“Replica kit sales have broken all records, with unprecedented demand leading to limited availability heading into the final stages of the season,” a team spokesman said, according to Bloomberg.

But just how much money is this lack of merchandise leaving on the table?

As much as $1.5 million, Andy Anson, the chief executive of Kitbag Ltd., a company that runs online stores of several top soccer teams, told Bloomberg.

But it’s understandable how this apparel shortage came to be. As Anson explained, teams typically buy a year’s worth of merchandise before the start of the season and base the numbers around what is expected after the prior season. And for Leicester City, last season it barely held onto its league status.

In the U.S., companies, like Fanatics, are authorized to print shirts and jerseys to sell when a player or team is gaining popularity in order to prevent this type of merchandise shortage, ESPN FC reported. That doesn’t help Leicester City fans in the U.S., though. Like the rest of the worldwide fan base, they are hard-pressed to find any team apparel.

On the bright side, next season’s jerseys are expected to be released on May 7.