With the 2020 Presidential Election 21 months away, Democratic hopefuls are (figuratively and literally) throwing their hats into the ring and officially declaring their candidacy for president. As we saw with the 2016 election, campaign merchandise was an integral part of things. Donald Trump’s “Make America Great Again” caps have become an iconic, if divisive, part of American society, and Hillary Clinton used her merchandise campaign to appeal to younger voters.

So, while we’re still a ways out from the primaries, let’s start to look at what the newly-announced candidates are plugging in terms of merchandise. Some are already stocking their metaphorical shelves, others have some work to do.

Let’s start here with the U.S. Representative from Hawaii. Rep. Gabbard, whose website uses “aloha” plenty and features images of her wearing a lei, doesn’t do as much as she could be with the Hawaiian theme. Her current offering, which is pretty minimal, just features some buttons, stickers, yard signs and T-shirts. All of them except the T-shirt feature the same color-fade design, which is a little reminiscent of a Hawaiian sunset, we suppose.

But Gabbard has an opportunity to really milk that Hawaii theme for all it’s worth—we’re talking leis, Hawaiian shirts (which are actually fashionable right now), sunglasses, surfboards, pineapples, you name it.

Here’s hoping she gets a little more into the aloha spirit as her campaign ramps up.

Coming at the campaign from a business approach, Yang, who was the founder of Venture for America, isn’t doing much in his e-commerce store. He has things like T-shirts, bumper stickers and buttons, too, but beyond a neat little logo that incorporates a flag into his last name and a red/white/blue color scheme, nothing stands out. 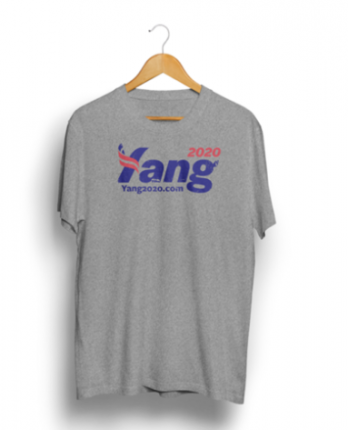 For a thousand bucks, however, you can have lunch with him at TimHoWan, a Dim Sum restaurant in Manhattan.

This is still extremely early on in the campaign, so it’s unfair to judge their marketing efforts fully. But, that said, Sen. Harris is disappointing us a little bit. She’s one of the most hyped-up candidates, so you’d think she’d have more than some T-shirts and tote bags that say “Kamala Harris For the People.” That’s a great slogan, don’t get us wrong, but the kids want more. They want irony. They want possibly misguided pop culture references. They want you to tell them to "Pokemon Go to the polls!" (Just kidding, they totally do not.) 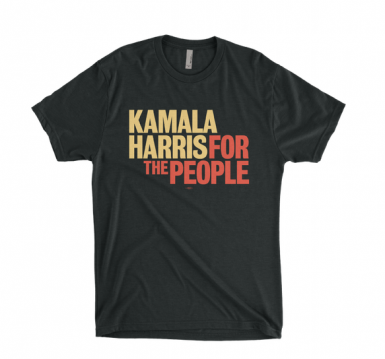 So, like Gabbard, there’s a chance Harris gets more original as her campaign goes. Her merch right now is fairly forgettable.

It’s not like Sen. Booker is going too over the top with his products, but he at least has some interesting stylistic choices. The Cory2020 logo is kind of reminiscent of streetwear brands like Supreme, as well as the stickers you’d see littering street signs and subway cars. 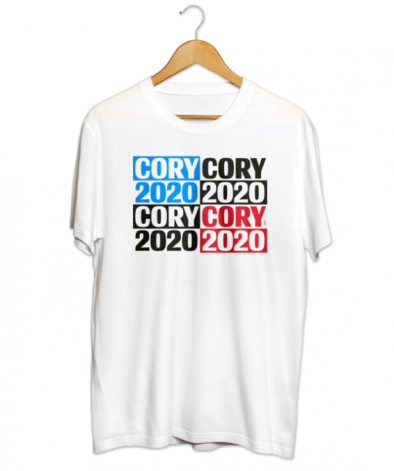 Given Booker’s location, that’s pretty apt. He also gets some points for at least using a different slogan in “We Rise” on some apparel and buttons.

These two candidates don't appear to have merch stores at all. Not smart, guys!

Alright, folks. Now we’re in the merchandise business. Sen. Warren’s campaign site is so full of merchandise she actually has to divide it by category, unlike the others, whose sites let you just “see all” and actually see it all on one page. 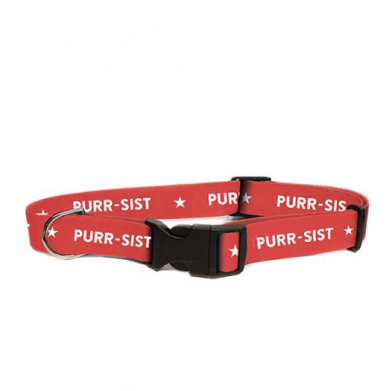 The election is obviously a while away (sort of), but the rest of the Democratic pack have some catching up to do. Warren is miles ahead in terms of merchandise.