A Look at the Leftover Jaguars, Vikings Championship Gear (And Where It Could End Up)

Although the NFL led some to believe that the fix was in after publishing promotional material advertising a Pats-Vikings Super Bowl, last night's result proved that it was (probably) just a mistake on the back end. The NFL just had to have all of its options covered to immediately send out advertising for the big game.

And just like the NFL had to have their promotional marketing scenarios ready, apparel manufacturers had commemorative merchandise ready for every possible Super Bowl fixture. So, naturally, there are plenty of items floating around lauding the "champion" Jacksonville Jaguars and Minnesota Vikings.

So, now we'll take a look at what might have been. (Editor's note, it's important to remember here that this is hypothetical, and we live in a reality where the Eagles are in the Super Bowl. Can you guys believe it? I cannot believe it.)

The locker room apparel items, i.e. the hats and T-shirts you see the winning teams wearing in the locker room and on the field after the game, are the same for the Vikings and Jaguars that we saw for the Eagles, who won the NFC Championship. (Editor's note: The Eagles won and I am excited.)

Each team, according to SportsLogos.net, looks like they got some team-specific apparel items in addition to the cookie-cutter commemorative items. The Jags got a T-shirt that says "Chase Greatness," and the Vikings got a sweatshirt with its "Skol" chant. (Which, actually, was borrowed from the Icelandic soccer team, who borrowed it from Scottish soccer team Motherwell F.C., who seemed to have borrowed it from the French league.) 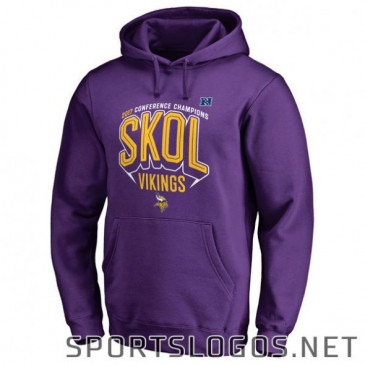 Each team also got items like pennants, magnets and flags with their logo or helmet, along with the Super Bowl LII logo.

The fate of all of this merchandise is unknown, as of now. Traditionally, this "phantom merchandise" usually ends up being donated to charity, but after the Cleveland Indians lost the World Series, we learned that the apparel would be destroyed instead. The reasoning behind this was that East African countries that typically received these products, like Kenya, Uganda, Tanzania and Rwanda, wanted to limit the amount of Western imports in order to boost their own clothing industries. 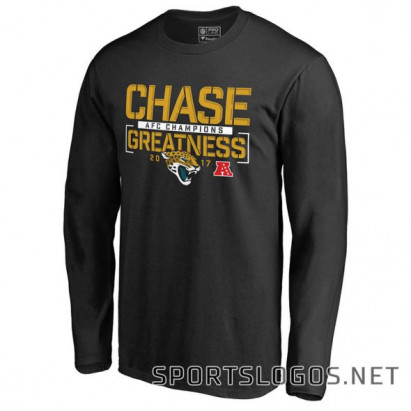 It will be interesting to see whether the NFL follows the MLB's lead here, and if they follow through by donating the useless "Patriots Super Bowl LII Champion" merchandise in a couple of weeks.