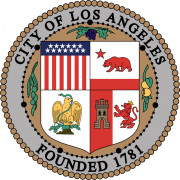 The apparel company, founded by American Apparel founder and former CEO Dov Charney, was in the media spotlight after more than 300 workers in the company's manufacturing facilities tested positive for COVID-19 and four died.

Employees told officials and the media that the company did not properly implement safe practices like mandatory masks and social distancing. Charney disputed this, but officials who visited the facility noticed some discrepancies that matched the employees’ complaints.

The subpoena also seeks to ensure that the company is complying with Los Angeles' Minimum Wage Ordinance and following the mayor’s order for Supplemental Paid Sick Leave and Sick Pay Rules protecting vulnerable workers. In April, LA Mayor Eric Garcetti ordered companies with 500 or more workers to provide qualifying employees with up to 80 hours of paid sick leave related to COVID-19.

In its subpoena, the city emphasized that it has not accused Los Angeles Apparel of any specific noncompliance.

Last week, The Los Angeles Daily News reported that the company has agreed to cooperate with the subpoena, but also that Charney continued to deny any wrongdoing.

This was the same subpoena that the city originally served on July 17, but Los Angeles Apparel did not turn anything over by the original July 31 deadline. The city offered to extend the deadline to Aug. 14, but last week the company had still refused to commit to providing the requested documents before Aug. 31, per Los Angeles Daily News.

“The company has followed the Mayoral order for Supplemental Paid Sick Leave and all Sick Pay rules that apply in the City of Los Angeles,” Los Angeles Apparel said in a statement. “We intend to cooperate fully with any routine and reasonable informational requests from the City Attorney or any inquiring agency.”