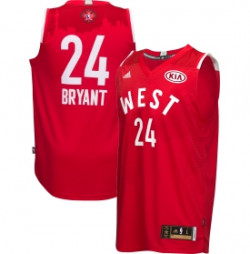 Maybe they don’t want to mess with their current color scheme. Maybe they’re afraid that one logo will lead to more logos (and then more logos). Maybe they just want more money.

Whatever the reason, the Los Angeles Lakers aren’t in support of the move to place advertisements on jerseys, according to Bleacher Report.

As we reported last week, the NBA’s planning committee wants feedback from all of the teams on the possibility of adding corporate logos on the jerseys.

But the Lakers aren’t on board, according to a tweet from Chris Haynes of Cleveland.com:

No official word, but there is speculation the revenue-sharing portion of the deal might be hampering the team’s interest. After all, the Lakers play in Los Angeles—the nation’s second biggest market—and rank fourth in terms of team merchandise throughout the NBA (despite a, shall we say, lackluster last few seasons).

Despite the Lakers dissent, with a majority of teams reportedly in favor of the move to jersey ads, it looks more and more likely that the Kia ads we saw on jerseys during this weekend’s NBA All-Star Game will become a permanent reality for the 2017-2018 season.