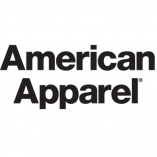 Approximately 600 former American Apparel employees who were laid off following the company's sale to Gildan Activewear will receive new job skills training as part of a $3 million award from the California Employment Development Department.

The award is designed to retrain workers impacted by the company's bankruptcy and sale this year. The award will go to several government agencies, including the City of Los Angeles Economic and Workforce development Department, and the County of Los Angeles Workforce Development, according to Los Angeles Business Journal.

The retraining will include computer skills lessons, English-language proficiency classes and vocational training.

While 600 employees sounds like a decent number, it's a relatively small percentage of the more than 3,000 employees who were laid off from American Apparel after manufacturing facilities closed and changed hands.

"The slot cost per participant is $5,000, which is why we're helping 600 workers," Jaime Francisco, a spokesman for the Los Angeles Economic and Workforce Development Department, said.

The retraining will run until July of next year.