Louis Vuitton Loses Another Legal Battle with My Other Bag

In February, LVMH, the umbrella company that owns Louis Vuitton, lost a case against parody bag-maker My Other Bag, which made tote bags featuring designs modeled after the high-end brand.

But, apparently, that answer wasn't good enough for Louis Vuitton, which took the case to appeals court. Now, the Court of Appeals for the Second Circuit agreed with the lower courts that My Other Bag's products were parodies, and therefore did not infringe on Louis Vuitton's trademark and copyrights. 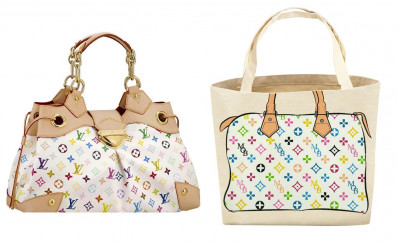 An appeals court found that My Other Bag's design fit the guidelines to be parodies, and did not infringe on Louis Vuitton's copyrights and trademarks. (Image via New York Daily News)

"A parody must convey two simultaneous—and contradictory—messages: that it is the original, but also that it is not the original and is instead a parody. MOB bags do just that," the court said, according to the New York Daily News. "At the same time they mimic LV's designs and handbags in a way that is recognizable, they do so as a drawing on a product that is such a conscious departure from LV's image of luxury—in combination with the slogan 'My Other Bag'—as to convey the image that MOB tote bags are not LV handbags."

Louis Vuitton will just have to move on from this one. Plus, it's not like canvas tote bag would cramp their high-end luxury bag business. Or would it?

Our 5 Favorite Promotional Products of the Week: Sixers Swag, Giant Bags and More

How a Distributor's One-on-One Supplier Meeting Led to $7,000 in Orders: a Back to Business Virtual Power Meeting Success Story