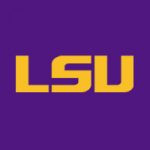 Louisiana State University's athletes have competed in the Southeastern Conference since 1932. (Image via Twitter)

Athletes from Louisiana State University have long held reverence as intense competitors, with 47 team national championships in their institution’s annals. Following the July 5, 2016 shooting death of Baton Rouge resident Alton Sterling in an altercation with police, many performers gained additional attention as commentators on race relations in the U.S. But if they wish to continue doing so through any form of protest, they will need to express their views minus any branded school clothing or gear. That news reached the pool of more than 350 registrants yesterday, the same day the Justice Department announced that Baton Rouge Police Department officers Blane Salamoni and Howie Lake II will not face federal criminal charges in the Sterling incident.

“We know this is a subject that many of you care deeply about, and we respect and support your right to speak publicly and express your opinions,” senior associate athletic director Miriam Segar communicated to the contenders in an email obtained by the Baton Rouge Advocate. “If you choose to express your opinion on this issue, including on social media, we ask that you not wear LSU gear or use LSU branding.”

Minus any mention of consequences should they don any garb or gear, except for Segar’s instruction for them to “Remember that public comments on this topic may be their first and only impression of you,” the outreach makes one wonder how the text might temper reactions to the decision by the Justice Department. The entity made its declaration following a 10-month independent federal investigation, stating that the evidence gathered could not prove, beyond a reasonable doubt, that the officers’ use of force “leading up to and including the shooting violated the Fourth Amendment.”

In the early summer matter, the aforementioned civil servants had answered a call concerning the possible threatening of an individual “by a black man wearing a red shirt and selling CDs.” The department’s factual summary release on the findings showed that the officers had engaged with the 37-year-old when he refused to place his hands on the hood of a car. Over a fewer-than-30-second period, they struggled with Sterling, whom investigators determined had a loaded .38 caliber revolver, with Salamoni firing six shots, three each into the suspect’s chest and back.

In the immediate wake of the situation, LSU athletes reacted through physical protests and social media posts, with then-running back Leonard Fournette, who a week ago today went to the Jacksonville Jaguars with the fourth overall pick in the NFL Draft, drawing regard and wrath for tweeting a picture of himself wearing a T-shirt featuring a smiling Sterling.

If his successors in seeking gridiron glory or any other sort of athletic renown feel upset with the department’s conclusion, which Segar stated will receive “heavy scrutiny from both local and national media,” the option to express dismay via some form of protest, of course, will be their right. When revealing their thoughts, though, they will need to be mindful of how they adorn themselves. This matter figures to draw diverse opinions, as the Segar email acknowledges in stating that what student athletes “say and do directly impacts how people around the world view LSU.”