Lululemon is not one to back down from protecting its designs. Just last year, the company filed a legal complaint against Under Armour for design patent infringement over a sports bra strap. Now it looks like the company's defensive strategy is about to heat up even more.

According to the Chicago Tribune, the athletic apparel retailer is suing an unidentified web of counterfeiters for allegedly selling knockoff yoga pants online. The lawsuit was filed on Monday in federal court in Chicago, and it claims these websites are deceiving consumers with fake leggings, sports bras and other apparel selling at deep discounts. According to the lawsuit, the companies are based in China or "other foreign jurisdictions." 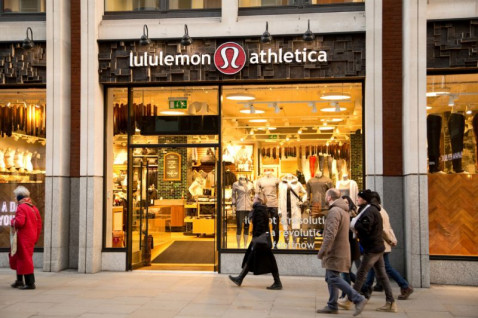 “The success of the Lululemon brand has resulted in its significant counterfeiting,” the lawsuit says. “Despite Lululemon’s enforcement efforts, defendants have persisted in creating the … internet stores.”

The counterfeit items bear Lululemon-branded names and share almost identical layouts and irregularities, including "the same incorrect grammar and misspellings," according to the lawsuit.

The lawsuit is seeking statutory damages of $2 million for each knocked-off design.

This news comes on the heel's of Lululemon's announcement that CEO Laurent Potdevin resigned, so it looks like the company currently has its hands full.

Peloton Goes All In On Branded Apparel With Private Label Launch