When it comes to athleisure, Chip Wilson is the expert. The founder of Lululemon has been at the forefront of every major recent athletic apparel trend, so when he makes an apparel prediction, we listen. In an interview with Business Insider, Wilson discussed several fashion forecasts.

For starters, Wilson believes the future will be all about biometric data. With the integration of the Apple Watch and other wearable tech, consumers will be even more focused on their physical health moving forward. How does that shape clothing trends? Wilson had some thoughts.

"In the future, everyone will have superb body weight because of the biometric data we are getting back," he told Business Insider. "Clothing will look a lot like Olympic clothing where everything is a tight Lycra." 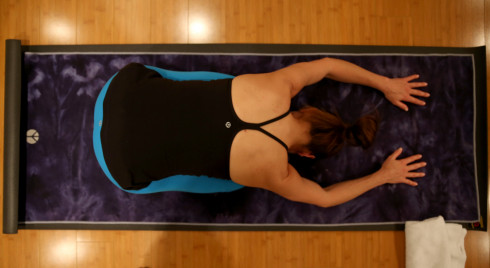 And yet, that wasn't Wilson's most outlandish prediction. Looking even more into the future, he speculated that eventually humans will implant tracking technology directly into their arms, and this technology will provide even more comprehensive biometric data that will shape their shopping decisions. This reality is a mere 15 years away, according to Wilson.

Wilson is aware his ideas are a little out there, but he said that can be attributed to having a mind that "happens to be living five to seven years in the future," and that his ideas "are always going to be in conflict with the present, especially to people who don't like change."

We have to admit Wilson's predictions seem a little bizarre, but we also thought the Apple Watch would never take off, and here we are. For suppliers and distributors in the athletic apparel arena, there is one takeaway you could implement now: Lycra. While the rest of Wilson's ideas need a little more time to pan out, his Lycra prediction could take off within the coming seasons.