This past year, we've seen an increase in companies launching Muslim apparel collections. Over the summer, American Eagle's new hijab sold out in one week. And last spring, companies like Nike and Uniqlo unveiled Muslim fashion looks, as well. According to USA Today, Macy's is the latest retailer to announce a clothing line geared toward Muslims.

The department store announced it teamed up with a boutique called Verona Collection to launch a women's clothing line for Muslim shoppers. The new collection will feature modest dresses, tops, cardigans and hijabs online, and it is set to debut on Macy's website on Feb. 15. 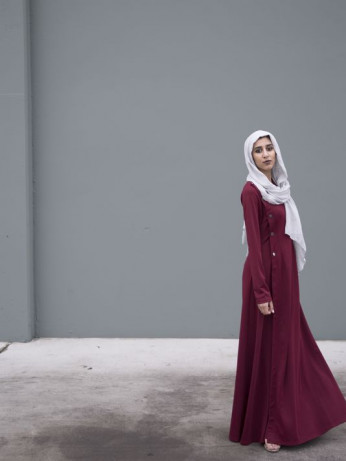 “Verona Collection is more than a clothing brand," Lisa Vogl, founder of the Verona Collection, said in a news release. "It’s a platform for a community of women to express their personal identity and embrace fashion that makes them feel confident on the inside and outside."

The Verona Collection comes from The Workshop at Macy's, the company's minority- and women-owned business development program. This move makes Macy's the first major U.S. department store to sell hijabs. It seemed the inclusion of Muslim apparel worked well for the other apparel companies, so we'll see how this move affects Macy's.