Donald Trump's red "Make America Great Again" caps, and the multiple variations for different occasions, have become the most iconic representation of his campaign and presidency, at least in merchandise form.

Look at any picture from his rallies and you'll see a sea of red.

While the hats have done exceedingly well, it's hard to think of many other items that have come even close for Trump. Retailers who specialize in political merchandise say they've had a hard time pushing other Trump-related items. 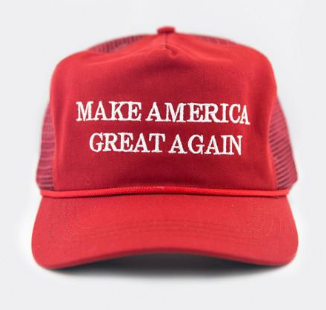 "That red cap has been the best cap we’ve ever had,” Jim Warlicker, who owns White House Gifts, told the New York Times. “Our families are so split in America that people buy for both sides, either as a joke or to be nice.”

Trump's polarized support has caused some people to overlook places like White House Gifts, which places items like T-shirts and drinkware for the sitting president in the front display window.

Warlicker added that sales during Trump's first six months were 13 percent lower than that of Barack Obama's, though he attributes that boost in sales partly to the landmark aspect of Obama's 2008 election.

But it's not just the excitement over Obama winning that caused the big sales. Fred Durham, CEO of CafePress, said that buyers have been showing their nostalgia for past presidents. He said that about 30,000 items relating to past presidents have been sold this year so far.

PromoStandards 2022 Tech Summit Postponed Due to Hurricane Ian, Will Take Place in Early 2023

Sponsor Content Rose Gold: The 'Trend' That Is Here to Stay