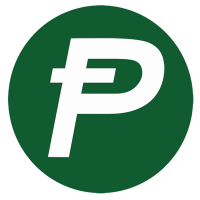 PotCoin seeks to ease transactions between marijuana consumers and businesses. (Image via Twitter)

In 911 National Basketball Association games, Dennis Rodman planted himself in the minds of fans as a dynamic defender and relentless rebounder, titles that helped him to guide the Detroit Pistons and Chicago Bulls to five championships. Since he ended his career in 2006 as a member of the British Basketball League’s Brighton Bears, he has looked to sow different vocational seeds, including television spots, wrestling ventures and promotional opportunities.

Along the way, the 2011 Naismith Memorial Basketball Hall of Fame inductee has made many buds and can count PotCoin, the sponsor for his trip to North Korea, as his newest attention-granting associate. However, the grass has yet again proven not always to be greener on the other side, as the digital currency that serves as “an alternative payment network for cannabis users, merchants and industry professionals” has seen its value fall immediately after news of its ties with Rodman caused a surge.

“I’m really looking forward to spending time with the wonderful people of North Korea and, of course, visiting with the Supreme Leader, Kim Jong Un,” the invariably interesting and frequently frustrating individual said via PotCoin’s website of visiting the Asian land for the fifth time. “I want to thank the folks at PotCoin. They realized the importance of this trip and made it all possible for me.”

Rodman arrived in the country, an unavoidable component of the news cycle because of American college student Otto Warmbier’s June 12 release from a 15-month detainment there, on Tuesday, donning a hat and shirt bearing his sponsor’s website address. The exact nature of the excursion remains a bit of a mystery, but the 6-foot-7 presence possibly gave a giant clue when presenting sports minister Kim II Guk a copy of “Trump: The Art of the Deal,” the 1987-issued bestseller by President Donald Trump and journalist Tony Schwartz. Sources have speculated that he could be acting as an informal spokesman for an improved relationship between the land and the United States, but Rodman, familiar with our nation’s 45th leader through time on “Celebrity Apprentice,” said only that he is hoping to bring about “something that’s pretty positive.”

While those words will likely end up lighting up websites for the foreseeable future, the smoke, it seems, has cleared with respect to what long-lasting effect the Rodman Factor, so to speak, will have on PotCoin’s future. Helping “cannabis enthusiasts to interact, transact, communicate and grow together,” (the use of “grow” as a probable pun is not lost on us!) the self-proclaimed community-run effort rose in value more than 90 percent between Monday and Tuesday. Predictably, though, the PotCoin personnel could not sustain that high, as the stock dropped 23 percent on Wednesday.

The sponsorship’s specifics make for an interesting discussion, as North Koreans cannot legally consume marijuana, although they may purchase hemp, a variety of the Cannabis sativa plant with numerous industrial uses, in local markets, and U.S. federal law has deemed marijuana use illegal.

“Thank you, PotCoin.com, for sponsoring my mission,” Rodman said in a pre-flight tweet. “I’ll discuss when I return.”

The three-year-old benefactor, no matter the legislative limits throughout various environs, has situated itself as a means “to empower, secure and facilitate the legal cannabis community’s transactions by creating a unique crypto currency for this thriving industry.” Will Rodman help it to blaze a new global trail, or will his involvement not make an ounce of sense? We will be waiting for more details to roll in.