What Market Analysts Are Saying About Hanesbrands' Purchase of Alternative Apparel 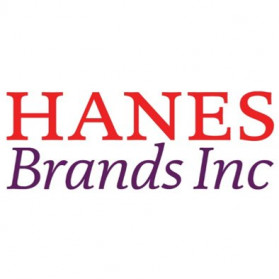 By acquiring Alternative Apparel, Hanesbrands Inc. made its largest purchase since July 2016. (Image via Twitter)

In “Optimistic,” the sixth track off their 2000-released chart-topping album “Kid A,” Radiohead sang “The big fish eat the little ones /The big fish eat the little ones /Not my problem, give me some.” The business world offers frequent validation of the Thom Yorke-fronted group’s viewpoint, with Hanesbrands Inc. being among the largest members of the figurative ocean that is contemporary commerce. Holding the top or second-best underwear, intimate apparel and hosiery market share in 12 industrialized countries, the North Carolina-headquartered company took another huge gulp yesterday, formally announcing the addition of Alternative Apparel to its portfolio.

The declaration came five days after the finalization of the deal, which the purchaser pulled off through what the Winston-Salem Journal reported as a $60 million combination of cash on hand and short-term borrowing on its revolving credit facility. Given that Hanesbrands Inc. has orchestrated the acquisition of other entities for much larger prices, such as the procuring of Pacific Brands Ltd. for $800 million and Maidenform Brands Inc. for $585 million, among others, the latest move does not stand out as much when one simply looks at the price tag, but it does compel the Tar Heel State entity to support its “activewear growth strategy,” according to Hanes CEO Gerald W. Evans Jr.

“Adding the Alternative brand and product lineup further diversifies our sales mix as we emphasize growth across all channels, including online,” the honcho said of taking on the 22-year-old company that strives “to re-create that soft, lived-in look and feel of our favorite vintage tee.”

The decision to gobble up Alternative Apparel may call to mind what many big beer presences are executing in their interactions with craft breweries, buying up smaller boutique liens to supplement their major offerings. One could wonder if Hanesbrands, which the aforementioned publication noted is stitching together plans for other possible buys, is likewise going to cause domestic disruptions.

“Comments about stronger-than-expected international results implies continued challenges in North America,” Stifel analyst Jim Duffy said in responding to Evans’ mention of foreign growth in relaying news of the purchase. “With poor visibility to a sustainable return to growth in North America, we are challenged to justify sufficient risk-adjusted upside to support a ‘buy’ rating. We reaffirm our ‘hold’ rating and $23 target price.”

Duffy did dub the deal low-risk, though, and gave it a nod as being able to bolster “Hanesbrands’ exposure in the better-quality basics market with an established brand while benefiting from their supply chain and scale.”

His mixed perception countered the reaction of CFRA Research analyst Victor Ahluwalia, whose admiration for Hanesbrands’ reaffirmed earnings guidance helped him to up his share-price target and shift his rating from “hold” to “buy.” He spoke of challenges in innerwear and uncertainties surrounding its ongoing restructuring plan but added his peers “expect Hanesbrands to further drive revenue through continued acquisitions and international growth.”

Local stockbroker Bowman Gray IV also gave the paper his views, declaring, “It could be an interesting strategy to create a stable of smaller, unique brands under the Hanes umbrella.” With respect to his analysis, what do you think of where Hanesbrands Inc., which enjoyed a very profitable 2016, is heading? Is its formula of taking on tinier entities an approach that deserves your reproach of regard? Have you likewise pondered adding allies or gone so far as to secure them? Let us know!