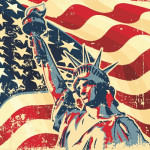 Super Tuesday was two days ago, but another race to the finish was happening behind the scenes in Massachusetts. According to The Boston Globe, hundreds of thousands of ballots for today’s presidential primary had to be reprinted due to a printing error.

Because the ballots were printed digitally, they were more susceptible to moisture or smudging, which could’ve been a problem for communities that use older models of the AccuVote ballot machines. The older counting machines aren’t equipped to read ballots containing smudges. In that case, hand-counting would be necessary.

Massachusetts Secretary of State William F. Galvin erred on the side of caution and had the ballots reprinted with offset technology. “The significance of this would mean nothing to the voters,” he told the newspaper. “It’s only going to be for the convenience of the administrators of the election.”