It looks like McDonald's decided it was time to revamp the classic red and gold polo uniforms. While looking fashion-forward never seemed to be a priority for the company, these new uniforms channel a trendier look than their predecessors.

According to Allure, the chain is rolling out two new uniforms across the U.S., and celebrity stylist Waraire Boswell designed one of the uniforms.

In an interview with Refinery29, Boswell explained why he took the project on.

“As a former McDonald’s employee, I understand the design and functionality needs of the next generation of uniforms,” he said. “When I was a crew member, I routinely changed into a different set of clothes before leaving the restaurant: I wanted to design a line of uniforms that people would feel comfortable wearing outside of work.” 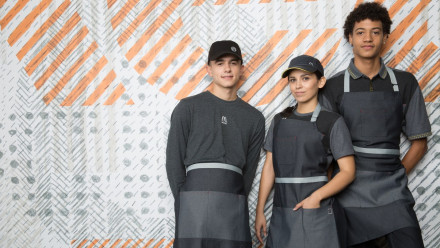 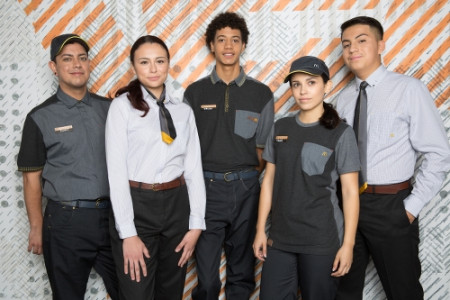 McDonald's is allowing each U.S. location to pick which uniforms they'd prefer.