Back in November, we detailed the backlash that came as a result of blaze pink hunting gear. Many women said the hunting coats were misguided, and some even said they were insulting and demeaning. While Michigan allowed the pink hunting gear to hit store shelves, there was a caveat. The bill mandated that the Natural Resources Commission (NRC) had to do a study to ensure the color could be easily seen in the woods.

Come September, the NRC ruled that hunters' attire must be at least 50 percent blaze orange. Pink can be worn, but the main color must be orange. According to the Detroit Free Press, this ruling was upsetting for Rep. Steve Johnson of Wayland Township, Mich. Johnson took it upon himself to reintroduce the bill to the government because he just couldn't imagine a world without pink hunting gear. 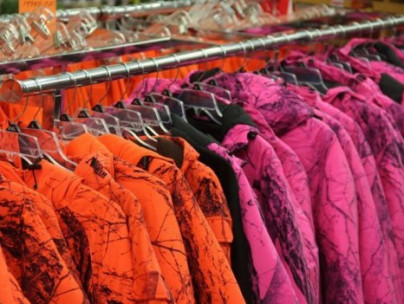 To make matters worse, the public was able to read through a memo written to members in the NRC in defense of the pink jackets, and let's just say no one was happy about it.

“Women prefer to always look and feel attractive (even while hunting), having pink as an option can help with any insecurities over what they are wearing,” read the memo. “Pink is a color that can immediately identify a female, women don’t want to be mistaken for a man, even from a distance or in the woods.”

Social media users immediately went on tirades, calling the ideas insulting and out of touch. Even some of the lawmakers in the room felt the memo was largely offensive.

“This has gone from silly to offensive. This memo is so out of touch,” said state Rep. Jeremy Moss. “I don’t think a bunch of men need to tell women what they should wear to make themselves feel attractive while they’re out in the woods hunting."

“Women across the country realize that men should no longer be speaking for them, not only on their fashion sense, but on more pressing issues in the state,” Moss continued. “This borders on the absurd.”

Those in support of the bill maintain they only want to see the number of hunters increase, and that anything that gets women involved in the sport of hunting is worth it.

We'll see what ends up happening with pink hunting gear, but it looks like its got an uphill battle ahead of it.