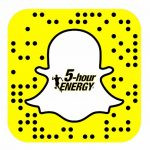 Consumers have relied on 5-hour Energy since its 2003 launch. (Image via Twitter)

Packed schedules prompt many people to reach for nutritional pick-me-ups, yet one man’s eagerness to place his profit over their welfare will find him depleted of freedom for the next seven years. Due to his involvement in a counterfeit scheme concerning 5-hour Energy knockoffs, Walid “Wally” Jamil will spend that much time in prison, with three subsequent years of supervised release sealing a daunting decade for the Michigan inhabitant.

His sentencing brings further attention to a matter that began in 2009 and builds on Jamil’s October guilty plea on charges of conspiracy to traffic in counterfeit goods and conspiracy to commit criminal copyright infringement and to introduce misbranded food into interstate commerce. The case’s genesis saw Joseph and Adriana Shayota, having signed a contract with 5-hour Energy’s overseer, Living Essentials LLC, for Mexican-based distribution of the product, relabel and repackage more than 350,000 containers, selling them in the U.S. at a price that was far lower than what the producer charged. Once the legitimate items had run out, they made their own batch in San Diego and hawked it as an authentic supplement, with Jamil using his company, Midwest Wholesale Distributors, to distribute four million bogus bottles throughout the country.

Significant quantities ended up in California, the site of his sentencing, with Living Essentials, whom a court memorandum noted could have conducted a timely recall had the most recent defendant (the Shayotas’ sentencing occurred in November) notified them of the situation, stating it removed from shelves and destroyed the illegal replicas years ago. A piece by Inside Counsel tabs the incident “the very first U.S. criminal prosecution from a food/beverage counterfeiting operation,” with that status making the prosecution even more eager to find fault with Jamil, one of eight individuals who have received convictions in the case.

The April 26 announcement results in a $10 million civil judgment against the Troy resident, who must also make $550,801.31 in criminal restitution payments to Living Essentials, and also registers as another prosecutor victory in the quest to collar those whom the legitimate issuer had been seeking in earnest since a 2012 discovery of “slightly off” concoctions. That year proved taxing for Living Essentials, based in Jamil’s home state, as it faced a federal investigation following Food and Drug Administration-received claims that 5-hour Energy might have caused 13 deaths starting in 2008.

A handful of promotional products suppliers offer items akin to 5-hour Energy, but the nearly eight-year-old scam that will keep the Shayotas and their accomplice from mixing and marketing false representations concerns retail operations only. Regardless of its scope, the case is cause for increased belief in the suppression of counterfeit anything, with Living Essentials’ lead counsel, Geoffrey Porter, particularly distressed over the sort of duplicity that occurred and content with the sentencing outcome.

“All counterfeiting is theft, but counterfeiting something that we eat is an essentially horrific crime,” he said. “I want those in the future that might consider foisting these types of counterfeits on Americans to know that the penalty will be very harsh.”