Michigan Wants to Fine Schools for Native American Logos, But AG Says No 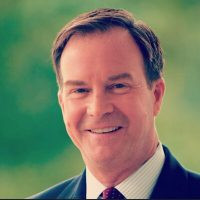 Bill Schuette has served as the attorney general of his home state of Michigan since 2011. (Image via Twitter)

The appropriation of Native American references to provide professional sports teams with their nicknames has long rankled many people, with objectors claiming the use of terms such as Indians and Redskins places stigmas on those holding that aboriginal heritage. While it is not evident how he feels about franchises’ commercial applications of those epithets and others, Brian Whiston, the Michigan superintendent of public instruction, has contended that amateurs’ invocation of them should merit financial penalties. However, the educational overseer, following a late winter proposal to impose 10 percent cuts on institutions that call on Native American logos, mascots and supplemental imagery when fielding teams, learned from Attorney General Bill Schuette that he lacks the authority to make the slashes.

The latter figure issued his decision July 3, with the 10-page document noting that two acts within the state do not authorize Whiston, whom the explanation describes as having “broad powers,” to extend his reach in the desired regard. Schuette details previous attempts to curtail the commercial take on Native American individuals and tribes and the often controversial supposition of those people and groups as savages, and while he also directly mentions a 2003-released resolution by the State Board of Education to have facilities discontinue the potentially harmful identifiers, he explains that the board’s constituents do not require them to refrain from the usage.

“Nor does it purport to give the Superintendent authority to withhold funding from schools that do not comply with the Board’s resolution,” page 8 of the rendering adds. That is not to say that a site cannot forsake a particular signifier, with Schuette documenting the Belding School Board’s December 2016 unanimous vote to abandon the use of the Redskins mascot.

“This is an issue that’s very close to a lot of people in their local community, many of which put these things out as honorable images, not at all disparaging,” state Rep. Tim Kelly, who joined Whiston in seeking Schuette’s input, said. “I think it’s a minority of people that feel otherwise.”

Last week’s explanation by the Michigan attorney general stems from a March plan to minimize monetary aid to a school district that refuses, upon receiving instruction to do so, to change a demeaning mascot/logo. A June-approved budget, however, did not find the state legislature approving the means of taking locations to task. While Whiston has, according to a statement, accepted the outcome, an agreement with the state allows schools to seek assistance from the Nottawaseppi Huron Band of the Potawatomi if they wish to change their names. Relying on an endowment would help them “defray the costs of changing their school mascot name, symbol or image that depicts or refers to an American Indian tribe, individual, custom or tradition.”