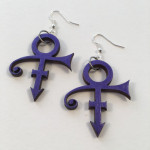 Minnesota doesn't have any laws protecting dead celebrities' likenesses, so many fans have created Prince merchandise. (Image via Etsy)

The world lost a musical and cultural icon when Prince passed away. From the outpouring of grief and tributes, it was obvious that he left a lasting impact on so many people across the world. To show their love, fans in Prince's home state of Minnesota have started selling huge amounts of Prince-related merchandise. For so long, Prince kept an iron seal on his persona and art, but there's no law in Minnesota that protects someone's image after they die.

A quick Etsy search showed customers can purchase numerous items, like stickers, prints, T-shirts and dolls. One Etsy user made a questionable T-shirt that features the Prince logo with Michael Jackson's face. (Hopefully that's a joke.) 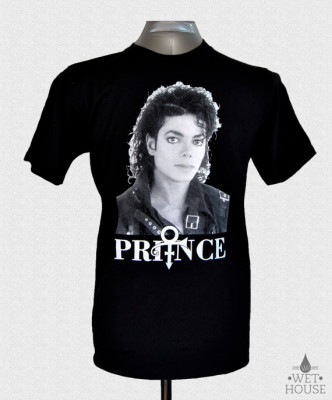 In other states, like California and Tennessee, celebrities' relatives can pursue legal action against people trying to make profits off of their deceased relatives' likenesses.

Though this legislation doesn't exist in Minnesota, TMZ reported that Prince's siblings are aware of the sudden boom of merchandise, and they're considering filing a test case.