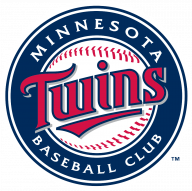 After Prince passed away in 2016, there's been no shortage of commemorative merchandise or pride in one's Minnesota heritage. Both typically came with a lot of the color purple.

The Minnesota Twins are looking to cash in on both at the start of this year's MLB season by offering exclusive Prince merchandise at Target Field. That sounds like a good move, right? Many Twins fans are likely also Prince fans, and it can be a good opportunity to cross over into a demographic that may not have bought Twins stuff too much.

The problem is that fans can only get it at Target Field. And that's rubbed a lot of Minnesotans and Prince fans the wrong way.

"As a fan of Prince and wanting his estate to make money, I love the idea of it," Michael Dean, host and producer of The Prince Podcast, told Forbes. "Of course, I don't know the details of the licensing deal, but I would assume the estate is making good money."

For the record, it probably is. If you'll remember, there was some uncertainty after Prince's death about what exactly his family owns. The artist's camp has made a deal with Universal Music's merchandise and brand management company, Bravado, which inked the deal with the Twins.

The Twins had been doing other Prince-related stuff, like having "Prince Night" at the ballpark.

"After Prince's unfortunate passing, we wanted to host a night to remember him," Chris Isles, senior director of marketing for the Twins, told Forbes. "From the Twins' perspective, we love having [the merchandise] only at the ballpark. As a baseball guy, we are glad that our partners at Bravado agree with that notion."

A lot of Prince fans, however, don't agree with that notion.

"I think it's a missed opportunity not selling this online," Dean added to Forbes. "Prince's worldwide fan base would love the chance to purchase items like these. Everybody is not going to be able to fly to Minneapolis."

Let's be honest here: This promotion isn't fully about honoring Prince or giving fans what they want. The Minnesota Twins baseball team is a business. That's why it has a marketing director.

The goal here is to bring people to the ballpark. If Prince-specific merchandise is enough of a draw to get Prince fans who otherwise aren't tuning into Twins games, let alone making the trip to Target Field, then that's a smart move on the team's part.

From the fan perspective, it's frustrating. Especially after the debates regarding using a deceased celebrity's likeness for merchandise, it can seem callous to use Prince's namesake and imagery to make money, regardless of whether his estate has made peace with it.

So, it brings about the question: Are the Twins simply celebrating the legacy of one of the state's most famous sons, or is it using him to cash in and bring folks to sporting events? And if they are, are they wrong for doing so?

Is it any different than a team like the Philadelphia 76ers using Benjamin Franklin as a mascot of sorts?