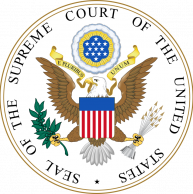 More than seven years after Andy Cilek endured a five-hour wait at a polling place because of objections to a shirt and a button that he donned, the Minesota Voters Alliance’s executive director will rely on the U.S. Supreme Court to rule against his home turf’s restrictions on certain sorts of Election Day apparel. In aligning himself with the Pacific Legal Foundation, the Gopher State inhabitant is hoping to dig away at a law he and his consultants feel suppresses one’s freedom of speech.

The land’s highest court will take on Minnesota Voters Alliance v. Mansky Feb. 28, with the body having agreed in November to hear the matter. In the case, the plaintiff will seek to prove that any type of text on T-shirts, buttons, badges and other items that voters wear in going to cast their allegiance has compelled any conflict at a polling site and that election officials, in interpreting the bill to include messages that reveal philosophical viewpoints or social stances, complicate what should be an easy process.

“There is no evidence that anyone, [or] that any polling places have ever been disrupted by this material or caused a fight or anything of that [nature],” senior attorney David Breemer said of the situation, adding that the crux for Pacific Legal Foundation will be helping the justices see that Minnesota is violating the First Amendment by engaging in what is “purely a suppressive measure that inhibits free political association and expression…”

The timeline for the legal scuffle dates back to May 30, 2017, with Promo Marketing taking a look at its elementary stage. As one can see from viewing the Supreme Court’s blog, this year has proven quite active, with Cilek eager to keep election judges from deciding to “disrupt the polling place and hassle a voter for what they are wearing.”

“The thing I want from this lawsuit is the same thing I wanted on Election Day in 2010, and that is simply to wear what I want when I vote and to vote peacefully,” he said.

His state and nine others enact bans on items they contend are political in nature, with Cilek holding that the blowback directed at him for his choosing to wear a Tea Party “Don’t Tread on Me” T-shirt and a “Please I.D. me” button on the aforementioned date was misguided and caused much more frustration than either item ever could have. Minnesota, however, considers a polling place a speech-free zone and a non-public forum, descriptions that led to a lower court’s ruling against Cilek and the Alliance.

On its website, the Pacific Legal Foundation critiques Minnesota by declaring “These speech-free zones are incompatible with the Free Speech Clause of the First Amendment,” and it acknowledges that every state, to some extent, restricts political speech at polling locations. While looking to prevent Cilek and other Minnesotans from having more uncomfortable experiences, the legal team also notes “Supreme Court review of this case could establish strong protection for free political speech nationwide” and takes the lower court to task for rejecting Cilek’s discrimination claims, even though the body had stated the Tea Party and other plaintiff organizations endorsed zero candidates and lacked any connection to a particular issue on the November 2010 ballot. The U.S. Court of Appeals for the Eighth Circuit also supported the state through a split vote, necessitating the parties’ journey from Minnesota to Washington, D.C.

With respect to the promotional products industry, we know that suppliers and distributors often unite to issue products and apparel items that bear political messages. Should consumers be able to adorn themselves in said products year-round, or must they, in 10 states, at least, be content with wearing them every day except for Election Day? In many ways, those questions are at the core of this case. What do you suppose the answers will end up being?