MLB Thinks Pro E-Sports League Logo Is Too Similar to Its Own, or Maybe Not 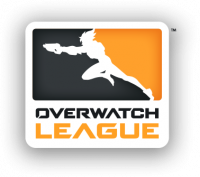 The Overwatch League announced its first competitive teams last week, with five based in the United States. (Image via Wikimedia Commons)

I failed to sleep well last night, so when reading this morning that Major League Baseball has a gripe with an e-sports entity’s intended logo, I first had to rub my peepers to make sure fatigue was not fooling with me and then considered seeing if I could speed up my intended September eye exam. I count baseball as my favorite team sport and have loved immersing myself in its customs and traditions. However, I am prepared to bench the brains behind the claim that the Overwatch League’s March 28-approved trademark resembles their employer’s insignia enough to warrant an investigation.

I am certainly not sure if the powers that be are bored because half of the division races already seem settled or if something else has inspired the move, but, and forgive my editorializing, I do not feel the newbie’s emblem runs the risk of having observers too closely affiliate it with the far more established symbol of America’s pastime. One could certainly side with MLB for at least entertaining the idea that inspections of the insignia could trigger thoughts of its silhouetted batter, but, as evidenced by the looming July 26 deadline for it to offer explicit opposition to the former’s existence, this could end up being a matter of a contemporary Goliath trying to intimidate David.

The Overwatch League, which caters to fans of an online first-person shooter video game and which last Wednesday, through Activision Blizzard, announced the first seven competitive teams/cities, could not escape the scrutiny of MLB following the early spring approval of its logo. Just ahead of a 30-day cutoff period in which any trademark holder could voice concerns about a novel logo, the league pulled rank by requesting 90 more days to compare Overwatch’s symbol to its own.

With just eight days left, no such elaborate set of qualms has reached the board members, leading, obviously, to two possible conclusions—Major League Baseball will either capitulate or unleash a detailed explanation as to why the Overwatch League should apply for a new eye-catching means to attract gamers.

Owing to its lengthy past, MLB has every right to defend its brand and look to fend off potential violations of its integrity, but its overseers might want to ponder how many other leagues sport logos akin to its artistic lure. 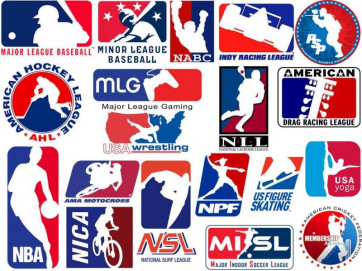 Given the surplus of signifiers that have escaped litigation, one wonders if MLB should just let the new kids on the block unite enthusiasts with their technological heroes and concentrate instead on attracting fans to their clubs’ ballparks.