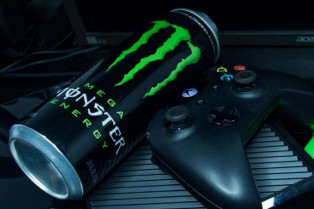 Everyone needs an occasional pick-me-up, and the Monster Beverage Corporation has proven a proficient provider of various drinks to sate end-users’ demands for a jolt of added motivation, with 2016 marking its 24th consecutive year of record-setting gross sales. Such is the California company’s clout that overseers love to litigate when they sense someone is imposing on the enterprise’s trademarks. Its spirits might be in need of a shot of caffeine, as its case against a Singapore-based mobile game producer failed to convince the city’s Intellectual Property Office that the defendant’s desire to register a trademark for the entity’s Monster Strike diversion could affect the marketing of its goods.

The matter pitted the corporation against Mixi Inc., who initially released the game for the iOS and Android platforms in 2013. The product, which even inspired an anime film adaptation in December, has enjoyed immense success in Japan, but reception in the United States proved so lackluster that bigwigs abandoned the English-language version this summer. Monster Beverage Corporation had been hoping to make 2017 slightly more miserable for its legal adversary, but its attempt to ring-fence “monster” earned the rebuke of Gabriel Ong.

“Stripped of its legalese, this dispute is, at heart, about one trader’s battle to fence off an ordinary English word—monster—for itself, and to exclude others,” the assistant registrar of trademarks said last week of the ordeal, adding, throughout his office’s 48-page judgment, that the plaintiff had failed on all grounds to tab the opponent a violator of its identifiers, notably the claw marks on some Mixi branded commodities, which it felt could cause consumers confusion, as its canned beverages contain a “claw device.”

In trying to claim dominion over the word “monster,” Monster Energy, according to Techdirt, made a bold move, given that “Few, if any, trademark laws in any country allow for this type of language lock, with most trademark provisions necessitating that the offending entity operated in a related industry to that doing the complaining.” As this case’s combatants do not peddle the same products, Monster Energy Corporation was not able to sink its legal claws into the livelihoods of the Mixi Inc. employees, whose supervisors had applied to register the trademark in June 2014, with one request involving computer and mobile game software, related accessories and hardware and the other incorporating services for the provision of video games through various media. The companies’ different business approaches even kept Monster Energy Corporation from using to its advantage Singapore-registered trademarks for such offerings as Monster Detox, Monster Rehab and Java Monster.

One can never knock a company for its striving to protect its entire identity, including parts of its name, logo, product line, et cetera, and Promo Marketing has taken many looks at their efforts. Some matters seem as if they will stretch on forever while others involve parties who appear at the end of their courtroom encounters. In this particular case, Monster Energy Corporation felt the property office would spread the word that its use of “monster” should strike fear into the hearts of anyone who would think to trademark it in any sense, but the powers that be did not agree. Terms can definitely find holders rebuffing imitators with far more ease, with the Super Bowl and March Madness being biggies, but anyone out there with an idea to market or open something with “monster” in its name (any future Halloween store owners reading this?), last week’s verdict could keep you from having any legal nightmares.