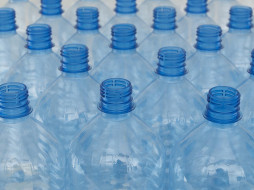 Image via The Independent

“I raised the subject of plastic water bottles because it’s an environmental nuisance—more than 700 million of these single-use bottles end up in Quebec’s landfills every year,” said Coderre, according to USA Today. “In Montreal, we are lucky to have excellent tap water, which is tested several times per day. We tend to forget that our water is of such good quality, that some companies even bottle it directly and then people find themselves paying for it.”

Of course, opponents to this ban, like the Quebec Bottled Water Association, have their own issues to raise.

"Water isn’t the only thing in plastic bottles—juice and carbonated drinks are also in plastic bottles. Drinking water is healthy," said Dimitri Fraeys, vice president of innovation and economic affairs for the Quebec Bottled Water Association, according to USA Today. "Why ban just the water bottles? If I put myself in the shoes of tourists who come to Montreal and there are no water bottles—what will they drink?"

If the ban is approved, it still will take a few years to go into effect.