Most Valuable Product: How to Play Bigger for Sports and Outdoor Promotions

For years, Brannon Craig spent many weekends at the ballfield, cheering on his six children as they competed in every sport imaginable. Though different styles of coaching don’t always sit comfortably with devoted fans, Craig can confirm his favorite chair imprinted with a SONY logo on the back gave him all the support he needed from the sidelines.

His kids have since retired their cleats, but that memory has stayed with Craig. To this day, when he shops for consumer electronics, chances are he’s leaving the store with a SONY item. It’s simple logic, he said. SONY played a role in what he loved to do, and, in return, the brand gained his loyalty. That’s the power of promotional products.

And Craig should know. Building relationships through promo is what he does every day as vice president of sales for Southern Plus, a Hartwell, Georgia-based supplier specializing in recreational-type merchandise.

“We believe that when you promote on items that support people’s passion, or while doing something they love, it creates a heart-level connection to the brand promoted,” he shared. “This is what every brand would love to do. It is what we do best.”

Now that summer is back, so too are outdoor sporting events, picnics, fundraisers, concerts and the products that complement them. Looking to hit a home run with your next promotion? We’ve got you covered. Read on for expert advice from Craig, and Dan Taylor, president and CEO of BamBams, Manassas, Virginia.

When the pandemic shut down the entire country in March 2020, many things were unknown, but the message was clear: Hunker down and limit activities to stop the spread. Two weeks turned to two months, then four and so on, ending entire seasons for teams at all levels. For BamBams, a company that caters to the sports vertical, the impact was quick and decisive. Sales tanked.

Like other suppliers in their position, BamBams got creative. Gaiters, known as Bammies to their customers, became popular during the height of COVID, with the perceived value of doubling as a mask, Taylor noted. In early 2021, vaccines inspired hope, though it was too cold for outdoor activities. And, because they rely on large crowds, sports and live music struggled to find their path to normalcy compared to other verticals.

“Beginning in 2021, we saw leagues and teams allowing some fans in the seats, yet the sales numbers were dismal through July 2021,” Taylor recalled. “As fans began to be allowed back in the seats, business began to rebound for the final five months of 2021, and has picked up additionally in 2022.”

Craig’s luck also turned around after a rough start. “People equated being outside as a safer activity, and began to find ways to be active, social and have fun outdoors,” he said. “While many indoor events were still canceled, outdoor promotions boomed! Chairs, in particular, were a hot commodity, but also drinkware, tote bags and rain ponchos did very well.” 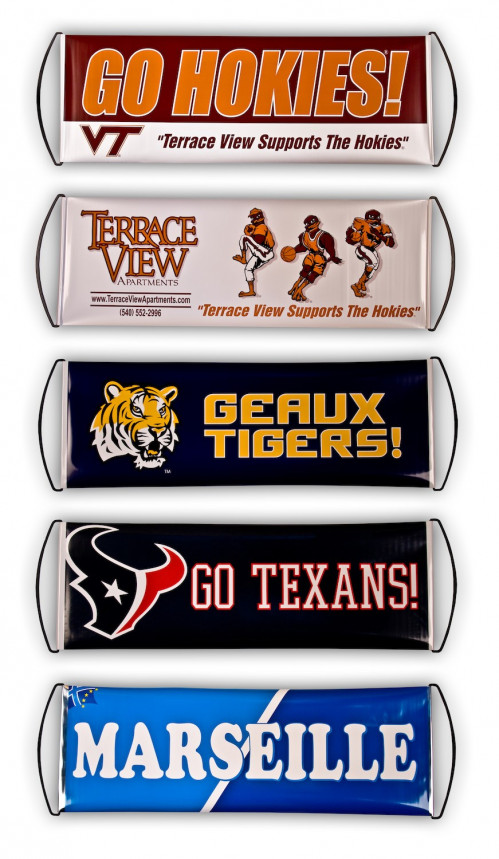 Ready to play again? The good news is there are ample selling opportunities and a variety of clients to target—from local youth and amateur sports leagues to major corporations. But first, it’s important to know what’s trending. Craig said chairs remain in high demand, with coolers, stadium seats, stadium totes and drinkware scoring major points with end-users as well.

Totes are also having a moment in the travel sector now that most countries have removed tourist restrictions.

“The COVID hangover has resulted in a lot of people booking trips both domestically and abroad after having been stuck close to home for two years,” according to Craig.

Not only has cabin fever led to a surge in bookings for cruises, resorts and airlines, but, for Southern Plus, it’s caused an uptick in sales of the supplier’s Santorini and Brimfield totes. “They are both upscale, jute and cotton, beach- and resort-friendly bags that we keep selling out of,” Craig enthused.

Taylor reported that all of BamBams’ traditional sports, tailgating and outdoor product sales are strong, though he has seen an increase in custom knitwear, including beanies and scarves—the latter of which is used as a cheering banner in the soccer world, making it a fan favorite. And since BamBams has knitting capabilities in its Virginia facility, the company can offer Made in America knitwear, boosting the appeal, Taylor said.

It’s no secret that supply chain challenges continue to wreak havoc—and this corner of the promo world is no exception. Fuel surcharges have pushed costs up for air freight orders, and similar problems have affected ocean freight orders. To keep costs down, Taylor urged distributors to plan ahead, because when time is limited, so are their options. An easy way to verify stock before placing an order is to search online or email customer service. But stay vigilant, Taylor cautioned, as stock can run out from one day to the next.

“[The delays and cost increases] have forced us to offer products made in the U.S. to produce critical orders with a tight deadline,” he said. “We have seen the volume of orders
impacted negatively as a result of these issues.”

Craig said most customers have been understanding of inventory stock-outs and price increases. He typically offers a substitute item if clients can’t wait for new shipments and acknowledged that they’ve been more open to combining colors to meet their quantity.

“We had more than one customer that when they ordered our 7076 – Santorini Tote when it was out of stock, we were able to switch them to our 7084 – Catalina Tote, which is also a jute and cotton favorite,” Craig shared. “We have since increased production on the Santorini and received lots of them in stock.” 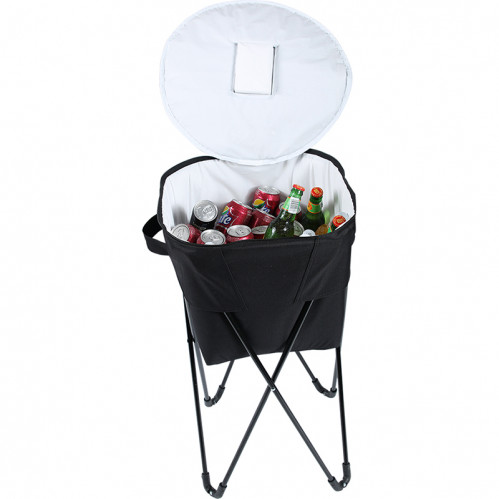 Tailgate Tub by Southern Plus

Selling to the sports and outdoor verticals can mimic the competitive nature felt on the field. But techniques like customization can give distributors an edge. Fortunately for distributors, the made-on-demand or print-on-demand market is making this easier.

“BamBams’ new On-Demand-Merch product line offers the distributor the opportunity to sell fully customized cut-and-sew products with a minimum order quantity of one and no set-up charges, all produced in one week,” Taylor explained. “Distributors can sell an order of any quantity (including one) with each product being uniquely customized with variable data, such as a name, a seat number, etc.”

Endless possibilities are exciting, but the magic is in the memories—and that is the true victory. “Think of the impact to a season ticket holder if a team or event can provide a piece of apparel or an accessory product (such as a tote bag or pouch) that has their personalized name, along with the team and sponsor name decorated on the product,” Taylor concluded.