Upon seeing a bootleg Nike T-shirt, most people wouldn't respond by saying, "That belongs in a museum!" (Unless the new Indiana Jones movie takes a really weird turn.)

But, that's exactly what happened in the U.K., after the Victoria and Albert Museum in London decided to feature a T-shirt celebrating Leader of the Labour Party Jeremy Corbyn.

The shirt, which features the iconic Nike swoosh logo with "Corbyn" written in the brand's font, will be a part of a collection dedicated to the connection between politics and social change, and design trends. 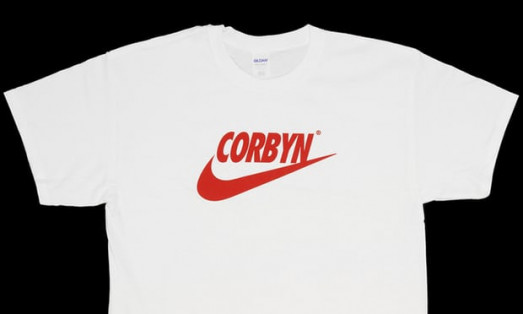 The Jeremy Corbyn T-shirt will be included in the museum alongside the 2016 Olympic refugee flag and the Women's March caps.| Credit: The Guardian

"As the nation's storehouse for contemporary design and fashion, we are delighted to acquire the Corbyn T-shirt," Tristram Hunt, former Labour Member of Parliament and director of the museum, told The Guardian. "It is also a rather strong statement of our belief in curatorial autonomy."

Corinna Gardner, who heads the museum's design, architecture and digital department, described the T-shirt as "inherently digital" in its appropriation of 21st Century digital culture in the tangible form of a T-shirt.

"Added to this, it captures the current vogue for slogan tees and the growing influence of street wear brands," she told The Guardian.

A spokesperson for Bristol Street Wear noted that this was a rare occurrence for what some might write off as a "bootleg" or "knockoff" to be considered art that represents a societal movement.

"It's great to see the typically dismissed art form, 'bootlegs,' given pride of place at the V and A," the spokesperson told The Guardian. "This T-shirt spoke to so many people. It was immediate, it was fun, it started debates, it was censored and it even got us into trouble—everything good art should."

Also included in the collection are the pink hats used during the Women's March following the 2016 U.S. presidential election and the flag used for the refugee team in the 2016 Summer Olympics.