Is Muslim Fashion the Next Major Apparel Trend?

This past year, the fashion world actively has taken political stands. Women's rights were at the forefront of New York Fashion Week, and now, more retailers are promoting diversity with previously untouched Muslim apparel items.

According to CBS News, Muslim fashion is gaining traction in the retail world. Earlier this month, Uniqlo introduced its fourth collection with designer and practicing Muslim Hana Tajima. The Tajima collection features headscarves, tunics and flowing pants, and it is now available in the U.S. and Canada. 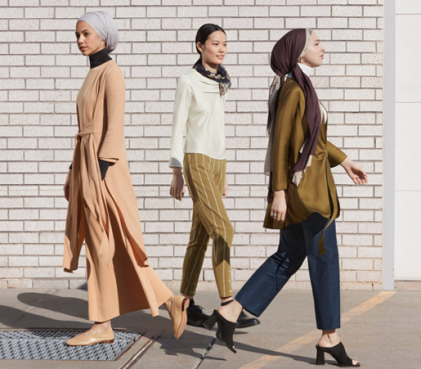 Uniqlo's new Tajima collection is available in the U.S. and Canada. (Image via Uniqlo)

While politics could be one retailer motivation for introducing Muslim apparel, the reasoning does not end there. According to Thomson Reuters' State of the Global Islamic Economy Report, Muslim consumer spending on clothing reached $243 billion in 2015. And demographics-wise, the Muslim population is growing twice as fast as the non-Muslim population.

“In today’s world, Muslims have the largest population of millennials, and they’re demanding to be more and more stylish,” said Alia Khan, chairwoman of the Islamic Fashion and Design Council (IFDC), according to CBS News. “No one’s gone unscathed with the selfie thing. That’s very much a part of the lifestyle today.”

Other designers, such as Dolce & Gabbana, Burberry, Mango and DKNY, all have released more fashion options for Muslim consumers, and just this week, Nike announced it would release a Pro Hijab for Muslim women athletes. According to USA Today, Nike released the product as a result of "an ongoing cultural shift that has seen more women than ever embracing sport." 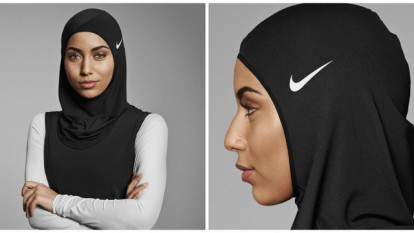 It's too soon to tell whether or not this move will pay off financially for Nike, but the social media world is taking notice:

As for Uniqlo, a week after the new collection went on sale, nearly all the items online were low stock.