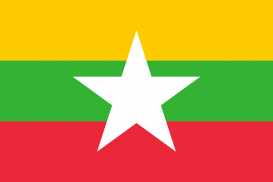 Myanmar has proven itself to be a competitor on the global apparel manufacturing stage, performing among nearby hubs such as Vietnam, Cambodia, Bangladesh and China. From April to November 2017, Myanmar's apparel sector exported about $1.5 billion in products to warehouses owned by global brands like Uniqlo and Primark, per the Myanmar Times.

As the textile sector grows, officials are looking for ways to improve the quality of products and boost employee wellbeing. One of those initiatives includes increasing the sector's minimum wage.

On Dec. 29, Myanmar's Ministry of Labor, Immigration and Population voted to raise the minimum wage by a third to 4,800 Kyat ($3.55) per day, up from the current level of 3,600 Kyat ($2.66). This comes after several rounds of negotiations on the matter that took place last year.

Now, the issue is open for public comment and objection for 60 days before taking effect. When it goes into effect, companies with at least 10 workers are obligated to adapt wages accordingly.

By increasing minimum wage, albeit to what we in the U.S. would still call a minuscule amount of money, Myanmar's officials hope to have a textile sector worth between $8 billion and $10 billion by 2028.

As we reported previously, countries in Southeast Asia have taken some business away from former textile manufacturing giants, such as China and Vietnam. Bangladesh is one of the most noteworthy in the region. According to the Myanmar Times, 500 garment manufacturing companies, both local and international, have opened factories within Myanmar, with most of them in the country's largest city, Yangon (formerly Rangoon), but the industrialized areas are popping up in surrounding cities and regions.

For companies who source apparel abroad, this could be a new source of textile products.