NASCAR Prohibits Confederate Flag at Events and Property, But Will It Apply to Merchandise?

NASCAR races are happening in front of empty stands right now, but once fans are allowed back at the raceways, one thing won’t be welcomed back. Yesterday, NASCAR released a statement that it is prohibiting the Confederate battle flag from events.

Naturally, being a sport with such a strong following in the South, this was a controversial decision among fans who see the Confederate flag as part of their “heritage.”

The decision was sparked partially by Bubba Wallace, NASCAR’s only Black driver, who donned an “I Can’t Breathe” shirt before yesterday’s race at Martinsville Speedway in Virginia. Wallace’s car also had a new look for the race—an all-black “Black Lives Matter”-themed paint job. 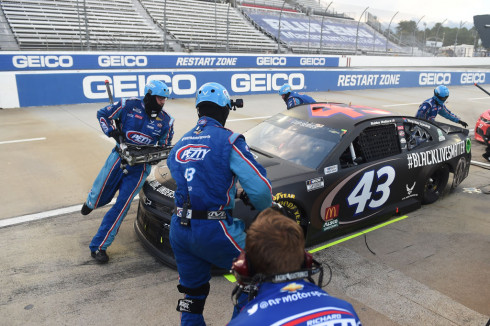 “It’s been a stressful couple of weeks,” Wallace said on FS1, according to USA Today. “This is no doubt the biggest race of my career tonight. I’m excited about tonight. There’s a lot of emotions on the race track.”

With peaceful protests taking place all over the world in response to the killings of George Floyd and Breonna Taylor this year, NASCAR stated that the best course of action was to remove the flag from its events, as it said some people would feel alienated or uneasy around it.

The question now is whether this rule applies to merchandise, or just the display of the actual flag. The Confederate battle flag is used for a plethora of items, like T-shirts, hats, bathing suits, coolers, you name it. NASCAR didn’t get specific about whether the rule applies to merchandise and apparel, and it did not respond to Promo Marketing’s request for clarification. But one tidbit of information in the USA Today story implies that Confederate flag merch would indeed be prohibited.

Enforcing the ban could require added security in the often rowdy, booze-fueled infield filled with fans who may be intent on thumbing their nose at NASCAR. The race series declined additional comment.

Despite the reactions from disappointed fans, and even one driver who announced his abrupt retirement over the decision, this isn’t the first line NASCAR has held over the Confederate flag. Following the 2015 Charleston church shooting, in which Dylann Roof killed nine people during a Bible study, NASCAR asked fans to stop bringing Confederate flags to races. This time around, NASCAR isn't asking, issuing an outright prohibition.

As fans return to races in small doses for upcoming races, and as that number increases, it will be interesting to see how NASCAR officials enforce this rule, and how it ends up applying to merchandise and apparel.