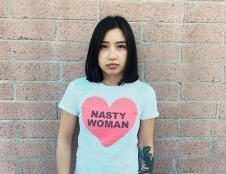 This just goes to show you the power of the T-shirt. During the presidential election, we told you about the "Nasty Woman" T-shirts that garnered buzz after Donald Trump uttered the phrase during a debate. The T-shirt was an immediate internet success, and now, it's raking in the dollars, too.

Celebrities, like Will Ferrell, Katy Perry and Julia Louis-Dreyfus, have even purchased the T-shirt, which, in turn, has contributed to even more success.

There's no telling how much more the T-shirt will continue to raise, but it's amazing to see this election micro moment continue to grow in popularity.