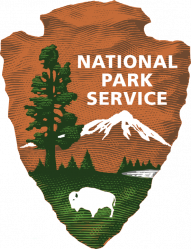 In August, the National Park Service reversed its 2011 ban on single-use water bottles. Originally put in place to minimize litter in parks like the Grand Canyon, the ban still allowed the sale of sweetened drinks. So, the NPS decided to go with what some might see as the lesser of two evils: People are bringing wasteful, single-use bottles, but at least they're staying hydrated instead of drinking sodas.

The problem here is that, according to a report from the NPS, the bottled water ban was really working. According to the report, the ban resulted in savings of nearly 2 million water bottles annually, and prevented up to 112,000 lb. of plastic being sold and thrown away annually. It also prevented 140 metric tons of carbon dioxide emissions, and saved between 276 cubic yards and 419 cubic yards of landfill space.

National parks may be forced to allow guests to purchase single-use bottles, but they don't have to like it.

According to the Washington Post, Zion National Park officials said in a statement that the park "encourages visitors to drink from reusable water bottles," and that its water bottle filling stations "serve as exhibits, giving visitors information about the impact of disposable bottles, as well as the safety and purity of Zion's water and the importance of staying hydrated, especially in the desert."

The ban first came about after a report showed that the lion's share of nearly 9 billion tons of plastic produced over the last 50 years still hasn't decomposed, as plastic almost never breaks down. Seven billion tons of it still exists in landfills.

But, while environmental protection is always at the forefront of its mind, the NPS still had to make sure its visitors were staying healthy.

"Ultimately, it should be up to our visitors to decide how best to keep themselves and their families hydrated," Michael Reynolds, acting director, told the Washington Post.