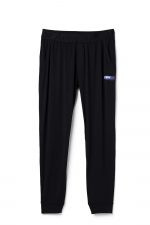 Rest assured that the NBA Draft Combine participants will sleep in style when in Chicago. (Image via the NBA) 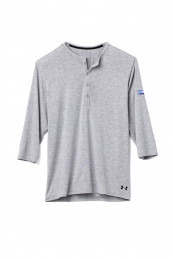 No matter the amount of talent they possess, individuals who hope to hear their names called as part of June 22’s NBA Draft certainly will find themselves tossing and turning as they ponder how they will fulfill the hype surrounding their selections. With 67 such eager figures in Chicago for the preparatory combine, Under Armour, the event’s title partner, wants them to rest well as they set out on their professional journeys and will be including pajamas among the items it gives to the attendees.

The Windy City’s Quest Multisport will host the hopefuls tomorrow and Friday, with five-on-five games, drills, interviews and tests comprising their participation. The occasion comes at a perfect time for the league’s franchises, as Tuesday’s lottery, through which the 14 non-playoff teams will gain a clearer picture of who might usher them to prominence, will make the young men even more enthusiastic about proving their might and maturity.

Already renowned for its promotion by New England Patriots quarterback Tom Brady, Under Armour’s Athlete Recovery Sleepwear will encourage sweet dreams and inspired play among the impending millionaires club members due to Far Infrared, a type of energy on the infrared spectrum that the apparel behemoth harnesses through a “soft bioceramic print on the inside of the garment [that] absorbs the body’s natural heat.” Considering that a few of the highly coveted players will not be present and that only 60 performers will shake hands with league commissioner Adam Silver inside Brooklyn’s Barclays Center, the threads might be a perfect remedy for any bouts with anxiety.

Our city’s 76ers, in the lottery for the fifth-straight season, have certainly cost their fan base a few winks over the last few miserable campaigns, so perhaps the pajamas will help the team’s choice to earn adequate shut-eye and help to make them a sleeper come next spring.