Obsessed with television as a teenager (it is a wonder that I performed quite well academically), I had a slew of shows that appealed to my penchant for pondering what life could be like outside of Southwest Philadelphia. Since Will Smith, through “The Fresh Prince of Bel-Air,” explored an existence beyond the confines of West Philly, I found myself drawn to his sitcom and watched it religiously over its 1990 to 1996 run. Never one for reboots, I have not, however, for one second over the last nearly 22 years wondered what is left to tell of his story and the adventures with his rich relatives.

While it appears the titular actor shares my indifference to a typical reunion, it also seems he lacks an objection to giving it some extra attention, as Smith took to Instagram to laud drawings of characters that could have a connection to a cartoon rebirth, and TMZ has reported that NBCUniversal is looking to unleash new merchandise geared toward children. 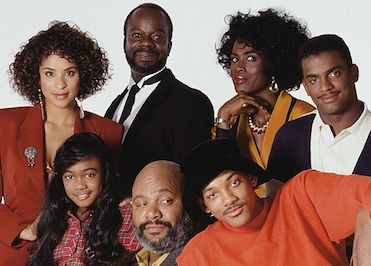 "The Fresh Prince of Bel-Air" totaled six seasons and 148 episodes and could come to appeal to a new generation of consumers. | Credit: Wikimedia Commons

Often corny (yet nonetheless captivating), “The Fresh Prince of Bel-Air” aired 148 episodes and has become a syndication darling, with numerous networks helping audiences to relive 1990s nostalgia, including MeTV, which, come September, will join entities such as BET, Disney XD, Netflix and TBS in showing the vehicle that transformed Smith from a burgeoning music artist into a prominent box office draw. Smith last month playfully shot down talks of a reboot series, and his TV cousin, Alfonso Ribeiro, who portrayed the Tom Jones-obsessed Carlton, said in November that “I would love for it if the world would just let it go."

However, on Monday, Smith commended The Sketch Lab’s Howard Russell via the aforementioned social media platform, saying of a cartoon depiction of himself that he had “Never thought about FP in terms of animation.” Truth be told, I had not either, but I find myself enticed, especially since the TMZ information would perfectly dovetail with an animated version of the program, although Russell took to Instagram to say “There is no current show being worked on at the moment."

The celebrity news website/television series noted that NBCUniversal applied for a trademark that could lead to the licensing of such goodies as action figures, games and toys, making children able to fall for the program—albeit in an altered fashion—for the first time and the kid in all of us keen to see the fictional royal ascend his throne yet again. I will likely never change my stance on reboots, but if we are talking about animating popular shows, movies or bands (I blame “Ghostbusters” and “Yellow Submarine” for my infatuation), I am all for encouraging youths to find new ways to appreciate a golden oldie or see a cherished contemporary attraction in a new light, so I hope the cartoon happens. However, if it does not materialize, we should end up with some interesting products to purchase. Therefore, with a healthy supply of existing merchandise, “The Fresh Prince of Bel-Air” appears poised to reign supreme yet again.

Our 5 Favorite Promotional Products of the Week: KFC Lipstick, LEGO Nintendos and More