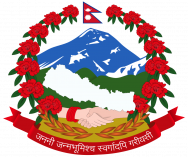 The Nepalese Election Commission has banned the manufacture, distribution and use of promotional items like hats, stickers, T-shirts and tote bags during the elections to the House of Representatives and State Assemblies.

An Election Commission spokesperson told My Republica that the use of promotional items could keep an election from being "free, fair, transparent and cost-effective."

The commission sent letters to returning officers, election officers and district officers for the country's 77 districts, asking them to strictly prohibit the use of such items.

During prior elections, government officials have seized items like T-shirts, caps and handbags when they were printed with election symbols and political messages.

This is in stark contrast to Western elections, as we saw in the U.S., where promotional products are major difference-makers in the election. Back in November, we speculated that the 2016 election was possibly the most merchandise-centric election in U.S. history, and 2020 seems like it already could go that way.

However, a new law prohibited New Hampshire voters from wearing campaign items like pins or T-shirts at the polls. If more states follow suit, it would be interesting to see how that impacts merchandise sales overall, especially for T-shirts and buttons.