Netflix's New Merchandise Could Generate $1B in Revenue 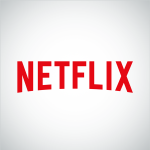 Netflix's decision to sell branded merchandise for its original programming was a worthwhile investment, if the projections mean anything. Business Insider reported that RBC Wealth Management predicts the new merchandise line could be worth $1 billion in standalone revenue.

"We view this as a highly reasonable step by Netflix to further promote and market its original content and other offerings," a group of analysts, led by RBC's Mark Mahaney, said in an email to clients.

So far, the streaming service's merchandise line hasn't really had time to gain steam, but after a successful test with "Stranger Things" merchandise at Hot Topic, things are looking good.

"We see this as a development that signifies the coming of scale of an increasingly ubiquitous global entertainment company," RBC said, according to Business Insider.

Fandango, another movie-related business that originally focused on ticket sales, is joining the licensed merchandise game, too.

In its original call for someone to lead the new licensing division, Netflix said it wanted its merchandise to "promote [its] titles so they become part of the zeitgeist for longer periods of time."

Think about the success of "Star Wars" and Disney merchandise. With the cult-like popularity of shows like "Stranger Things," "House of Cards" and "Orange is the New Black," it's not unrealistic to say that Netflix could rake in some serious cash with branded merchandise.