New Opportunities for Selling Disposable Drinkware as the Economy Reopens

Before there were stay-at-home orders and non-essential business closures, Starbucks announced it would temporarily stop refilling reusable drinkware to help limit the spread of COVID-19. The company saved more than 42 million disposable cups from landfills in 2018, with just 1.3 percent of customers partaking in the program that offers a 10 cent discount for using a reusable mug or tumbler, according to the Starbucks Global Social Impact Report, which also boasted a goal of doubling the use of reusable cups by 2022.

While a reusable mug or tumbler is a great component in the work-from-home bundles companies are sending to employees who abruptly shifted their workspace from the office to their homes, it might not be ideal for food industry clients moving forward. Businesses from coffee shops to bars to high-end restaurants may need to adjust their operating models as the country begins to reopen. With sanitary concerns and an increased demand for to-go orders, there is a critical role distributors can play as food and drink companies navigate the new normal.

We spoke to Craig Warner, CEO, RCB Industries, Ball Ground, Ga., and Joe Davis, director of sales and customer service at Visstun, Las Vegas, to see where disposable options fit into the drinkware market now and in the future after COVID-19.

The virus has affected every part of the country differently, but overall business has drastically decreased as people are forced out of routines, including, for example, buying coffee on their morning commute. Warner expects that to change as states slowly reopen their economies, but there are still opportunities in areas under quarantine.

“To be honest, we’re running at 20 percent [of] what we were [in mid-March],” he said. “We’re like everybody else in that industry. What we’re doing right now is trying to service the stores that have stayed open through this, and there are parts of the country where they haven’t had the effects that New York and any of the major metropolitan cities have had. And they’re just trying to go about their business and make sure they can get supplies, so we’re trying to handle those.”

With the dine-in option for restaurants off the table in many states, takeout business has soared. Some companies saw the optics of a solely takeout and delivery operation as unfavorable and chose to close temporarily, while others have essentially created a new business venture—meaning new promotional opportunities for distributors. For example, Canlis, a fine dining restaurant in Seattle, transformed its menu of $135 four-course dinners that included dry-aged ribeye and caramelized mussels into a drive-thru that served $14 burger-and-fries combos. Its popularity caused traffic jams around the restaurant, so owners closed the drive-thru and instead ramped up its meal delivery service for some of its usual fare. Canlis is just one of many restaurants leaning heavily on takeout business during the pandemic. 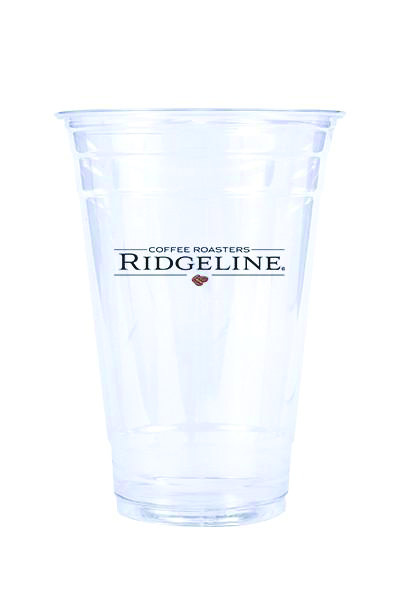 “I definitely think It’s not going to go anywhere other than potentially up, because I think that delivery and pickup will continue to increase,” Davis said. “... There’s a lot of people not wanting to go into restaurants while still wanting to have that food that you can get from your favorite restaurant. They’re going to want more to-go [food], and they’ll continue to want to get beverages along with their to-go food. And that’s definitely what we’ve seen. It’s amazing how resilient it’s been.”

Everyone having a lot more free time on their hands—or possibly a lot more stress with the work-homeschool balancing act—could be the reason behind alcohol sales going through the roof, too. U.S. sales rose 55 percent in the week ending March 21 compared with the same time last year, with online sales jumping 243 percent, according to Nielsen. To change with the times, some states have enacted legislation to temporarily allow bars to deliver alcohol to customers.

“They’re providing them in cups with lids and delivering them or doing curbside,” Davis said. “... So, that’s been a good opportunity for people—people that have restructured during this time so they can still sell.”

Regardless of the product, the influx of delivery makes company branding even more important as open businesses try to get their food and drink to customers’ homes where dine-in experiences aren’t yet available again. Warner expects delivery to grow as more states advance in their reopening phases.

“The promo marketing industry is going to be a big part of [helping restaurants survive], because I’m delivering a blank bag with blank cups and food product inside—if you imagine that, it goes from the restaurant to a DoorDash car. You don’t know where it’s going in town. It could hit 10 sets of eyes before it ever sits on somebody’s table, right? It’s so important that they actually have their name on there and their phone number on there. All it does is strike somebody’s imagination. ‘Oh, I can order from them and they deliver it right to my house.’

Aside from the obvious food service markets, Davis noted that any settings where there is a waiting area, such as banks and auto dealerships, are big drinkware markets.

“Obviously there’s a lot of [companies] who are still essential businesses, so they’re providing some of that,” he said. “Even if they don’t have a waiting area that people are going into, they still have coffee and whatnot available.” 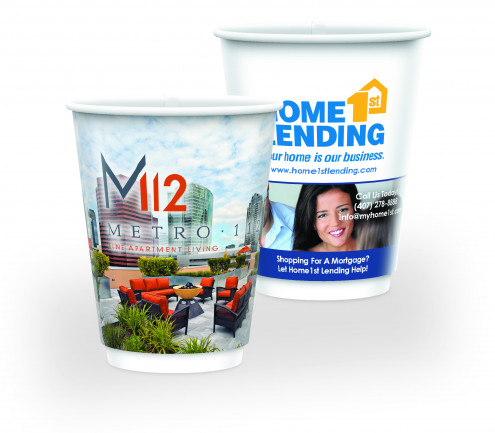 If disposable drinkware sees a bump in demand, reusable products may take a backseat, at least temporarily. But that doesn’t mean that all eco-friendly practices need to end as well.

“All of our paper cups have 35 percent post-consumer paper in them, so a third of it is already stuff that has been used before and has been cleaned and processed,” Davis said. “Additionally, we’re continuing to look at all the other options to make it even more green and eco with some additional boards and additional materials that we’re trialing and testing.”

Still, a disposable cup won’t solve all problems when doors reopen for the dine-in experience. Patrons may be wary to return to dining rooms even with increased sanitary and social distancing measures, like fewer occupied tables and barstools, which makes messaging key for restaurants.

“They need to educate their customers that they are a safe place to come again,” Warner said. “And that’s going to take some time, but it’s also going to take a lot of visuals. And I think that’s where the promo industry is going to be the big help there. Whether it’s drinkware, window clings—anything that educates their customers that they’re open and it’s safe for them to come in.”

Businesses also need to market that they’re open and what they’re offering, since it may differ from pre-quarantine. For  that, Warner believes there’s no better way than an effective branded cup.

“We just sent an email out to all our customers that were still open or are going to reopen that, ‘Hey, we will change your art for free on any product you order from us,’” Warner said. “... ‘Here’s our phone number for delivery.’ ‘Here’s our email.’ ‘Use DoorDash.’ ‘Use whichever.’ If they want to start adding this stuff, we’ll do it for free, because we know we’ve got to do whatever we can do to help the industry fire back up.”

“All these industries have been around for 100 years or more,” Warner added. “So we can’t let the last 90 days destroy them.”

When RCB Industries tried to break into the coffee shop industry 12 years ago, it was a struggle. Warner shared what he learned to be effective in swaying businesses to purchase branded coffee cups.

“They would look at the cost of the cup and say, ‘It’s so expensive compared to a blank cup,’ until we got to the point where we said, ‘You’ve got to pull the branding off the cup and put it into your marketing budget.’”

Warner cited that, on average, a disposable coffee cup is used for 45 to 60 minutes, but compared it to selling a billboard, as it could have 50 to 100 impressions in that time. “[Clients are] going to spend money on marketing, [but] it really needs to be on your product,” he said. “I think that’s the biggest message, and that’s the message for us that carries through and then it tends to click. If you’re a small shop, your margins are thin anyhow. But in their gut they all know they need to figure out a way to market, but a lot of them don’t understand how to get to that next level.”