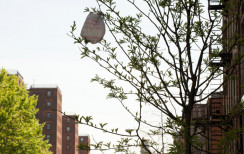 The New York City plastic bag fee aims to cut down on the city's negative environmental impact. (Image via The New York Times)

According to The New York Times, New York City is the latest city to take a hard look at its plastic bag policy. Its City Council passed a bill last week that requires certain retailers collect at least a 5-cent fee on both paper and plastic bags.

This bag fee legislation is the result of a two-year debate and several other attempts to enact a bag fee on disposable bags. The proponents of the new law hope the bag fee will inspire New Yorkers to switch to reusable bags since the city currently collects about 10 billion single-use plastic bags a year, according to the New York City Department of Sanitation—a number that clearly takes a toll on the environment.

"The fee is irritating, which is precisely why it works," Councilman Brad Lander said, according to The New York Times. "We don't want to pay it, so we'll bring bags instead. So, the fact that it's irritating irritates a lot of people."

Exceptions to the law include bags used at pharmacies, state-regulated liquor stores, soup kitchens, and restaurants with takeout and delivery services, as well as bags used specifically for produce.

Opponents to the bag fee believe the tax targets the wrong people.

"That's nothing less than a tax on the poor and the middle class—the most disadvantaged people," Sen. Simcha Felder said, according to The New York Times.

What do you think of the plastic bag fee in New York City?