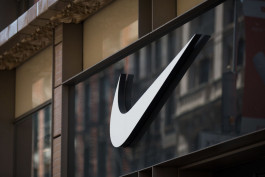 When we think of Nike partnerships, we tend to think of professional teams, big-name universities and chain fitness studios. But when it comes to iconic city logos, Nike is now saying, "Just do it!"

According to The City, the sportswear giant is teaming up with New York City to license its NYC logos in exchange for a cut of the sales. The city's Franchise and Concession Review Committee approved a two-year licensing agreement last week that gives Nike the ability to brand its apparel and footwear with notable New York City logos and emblems.

The agreement gives 5 percent of Nike's annual revenue on the branded merchandise to NYC & Company, the city's tourism bureau. In addition, over the next two years, the city will receive a guaranteed minimum of $20,000.

The NYC logos available to the athletic apparel company include NYPD, FDNY, Staten Island Ferry and even the NYPD bomb squad.

So far, we have no indication of what specific logos Nike will be using, but we do know that NYC & Company will receive a certain number of NYC-branded Nike products to use as promotional giveaways.

It seems the city of New York is excited about the partnership. Jane Meyer, a spokesperson for Mayor Bill de Blasio, told The City that Nike is "a positive partner, recently donating a new turf field and also a skate park to the Parks Department."

Are cities Nike's new business prospect? Perhaps. The future could see athletic apparel companies teaming up with other city governments to create branded items, but other cities don't exactly have the iconic or otherwise recognizable marks, so maybe not.

Either way, we're excited to see what the Nike items look like.