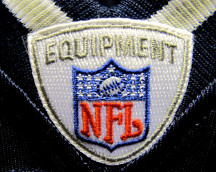 For fans of the NFL, the past season had all of the highlights, controversy and fairytale endings you could hope for. That is, of course, if you actually watched. While notable for the Philadelphia Eagles’ first Super Bowl win in franchise history, the 2017-2018 season held plenty of disappointment for the league as a whole.

Nowhere was this more notable than the staggering 10 percent drop in viewership that shook both league executives and corporate sponsors alike this past year. There are a few reasons that could explain this drop. A rise in injuries amongst superstars and a reevaluation of how the sport treats traumatic brain injury has combined to create a great amount of distaste for the overwhelming amount of violence inherent to the sport of football in recent years. But this controversy, steeped in terms like concussion and CTE, is nothing new for the league. Another issue managed to dominate headlines this year, taking the sport and its players further in the direction of political debate than ever before.

When Colin Kaepernick sat down during the National Anthem in the third preseason game of 2016 for the San Francisco 49ers, there is no way that he could have known the impact his individual protest would have on the rest of the league. As the season played out, he began evolving his protest, until he was kneeling for the anthem before every game. While some defended Kaepernick for his right to protest the mistreatment of African Americans in the U.S., others claimed that his kneeling was unpatriotic, and that protest had no place in football. While other players followed his lead, and still continued to kneel during this past season, Kaepernick himself was criticized in the media and by politicians, including the President of the United States himself.

The Trump Effect on the NFL this past season has been rather significant, with some saying that his tweeting about the league’s supposedly weak response to anthem protests had actually contributed to the loss in viewership. Whether or not this is definite, there is no debating the fact that Nielsen ratings showed that league viewership plummeted this season.

Despite this, Fanatics has announced that sales of branded gear, such as jerseys, shirts and jackets actually rose by 40 percent this season.

CEO Doug Mack credited Fanatics’ success as the official gear sponsor and runner of the league’s online shop to the NFL’s exciting playoff season. In an interview with CNNMoney, Mack commented on the effect the playoff season had on his company’s sales. “You could have not asked for a better set of NFL playoffs and outcomes and storylines, and what we saw is that translated directly into merchandise sales,” he said.

Fanatics’ business model is designed to create on-demand gear, which allows it to respond to significant events, plays and championships in the moment and to have that gear ready for fans at a moment’s notice. “So often we'd have to make buys for merchandise a year in advance, and a year out in sports, you don't know what's gonna be happening, who's going to be the hot team, who's going to be the hot player,” Mack said. “Sometimes you don't even know the day before.”

This model has allowed Fanatics’ to conquer American sports merchandising, as well as to gain major investments for overseas ventures for the company. What may be even more amazing is that the company managed to increase its sales so significantly in a year that was otherwise awful for the NFL. While the league certainly has a lot of work to do in order to rejuvenate its brand, Fanatics is doing just fine.