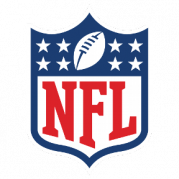 As Sunday’s excitement (or disappointment) begins to wear off, it’s perhaps a better time than ever to assess how sports, and football in particular, take shape within and influence our own lives. It’s clear that spectatorship goes beyond the realm of entertainment, that it follows allegiances and deep-rooted aspects of identity. After all, if it didn’t, why would thousands of Philadelphians instinctively take to the streets and march toward City Hall for a raucous celebration on Sunday night following the Super Bowl?

Ok, so maybe everyone supports their favorite teams differently, but one thing is pretty much consistent across the board: Fans can be an extremely passionate bunch. For fans of NFL teams, this means near-ritualistic gatherings each week to watch their favorite team face off on the gridiron. It means snacks, dips, decorations, themed recipes, branded apparel, frustration and (hopefully) elation. At the end of the day, it all comes down to passion, the energy with which fans of every kind support their beloved teams.

And so, while the NFL is obviously a football league, it has built a vastly powerful brand around its main product, football. In 2017, the league raked in a reported $14 billion in overall revenue. This number is due in no small part to ticket sales and distribution deals with national and international broadcasting companies, but a significant portion of it comes from branded apparel and merchandise sales.

Seriously, of the $7.8 billion in national revenue for 2017, nearly $2 billion came from sponsorships, licensing and merchandise, which includes NFL-branded items from jerseys to drinkware sold both online through the Fanatics-operated NFL Shop and in stores through licensees, such as Lids, Nike and Dick’s Sporting Goods.

This success certainly has something to do with how fans choose to represent their favorite teams. It’s incredibly common to see people wearing team-branded hoodies, hats and t-shirts throughout the week, not just on gameday. And with the rise of Fanatics, more and more fans are wearing player and event-specific apparel that has been swiftly designed and manufactured in order to take advantage of the widespread hype that follows a crazy play or historical performance.

All of this contributes to the transformation of the NFL into a lifestyle brand, and the league is doing whatever it can to take advantage of its popularity both on and off the field.

Enter NFL Fan Style, the official NFL style guide with a modest but growing presence on social media. On Instagram and Twitter, NFL Fan Style posts both original content and influencer-created posts designed to promote the league’s status as a lifestyle brand. The posts vary in style and content, from professionally shot photographs of models and social-media influencers to tongue-in-cheek photographs of dogs wearing NFL-branded gear. There are also recipe videos in the vein of Buzzfeed’s popular Tasty series.

In a year that has seen television ratings slip due to disagreement over politically charged protests and concussion policies, the NFL is still confident that people are willing to support its brand throughout their daily lives. It’s an old formula, really, one that gets to the very heart of what it means to be a fan. Allegiances run deep, spanning generations, gender, race and, for the most part, politics. With NFL Fan Style, the league is showing that it understands its complex place in society, and it has the branded content and merchandise sales to support this. After all, we here in Philadelphia could use some clever suggestions on how to support our beloved Eagles. By clever, we really mean safer… and less destructive. (You get the point.)