The NHL Winter Classic is one of the coolest games in sports in our opinion. Having a hockey game outside, usually with special throwback uniforms for the team, is special. It's even more special if it happens to be snowing out, but that isn't always the case.

NHL fans seem to agree with us, as the recent Winter Classic at Boston's Fenway Park between the Boston Bruins and Pittsburgh Penguins just set a record for gamely concession and merchandise sales for an outdoor event. This was a 61% increase over last year's Winter Classic in Minneapolis, according to ESPN.

The unseasonably warm weather was a factor, according to NHL senior Vice President of consumer products licensing Jim Haskins.

"On-site, it wasn't the coldest Winter Classic, but it made for a good fan experience," he told ESPN. "It allowed you to go and do the things you wanted to do instead of feeling like you're huddled under a blanket."

ESPN also reported that e-commerce sales through the NHL shop and Fanatics sites were the highest of any Winter Classic, and saw an increase of 200% from last year.

Jerseys accounted for 72% of total sales. And that makes sense: the sweaters for this game were awesome.

But, there were plenty of other cool Winter Classic-themed products to entice hockey fans, whether they are Bruins or Penguins fans or not. 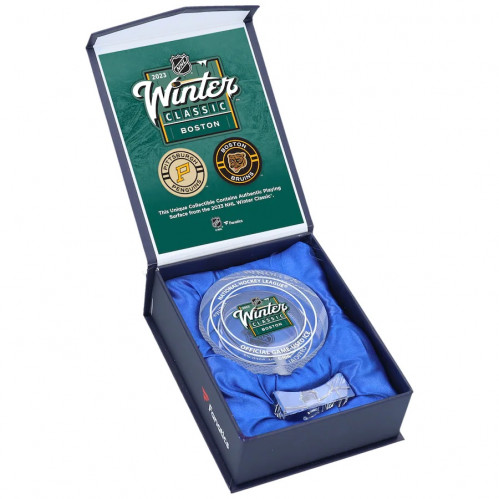 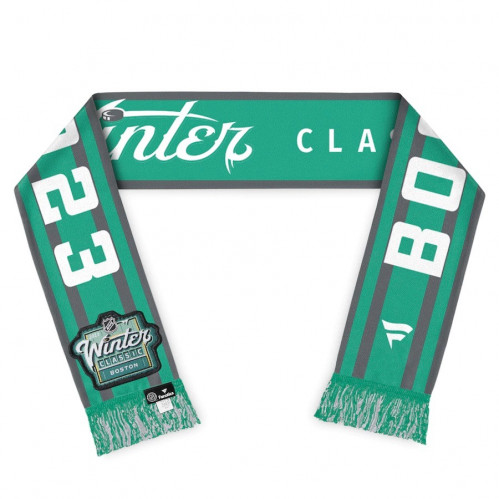 It is, ostensibly, supposed to be cold for the Winter Classic. So, even on a 50 degree day like this year's game, this scarf is a great souvenir choice. When you don't need it to bundle up, you can use it as a prop like at a soccer game. It also has that neutral appeal for fans of neither team with the green color choice representing the famous "Green Monster" outfield fence of Fenway. 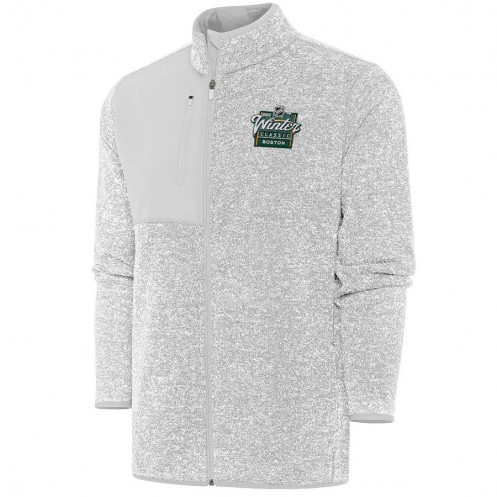 This looks about as soft as a good pair of pajamas, but you can rock it just about anywhere. The weathered texture is complemented by a flat spot on the chest. It also has that neutral green Winter Classic Boston logo embroidered on the chest for a stand-out design that doesn't completely take over the garment. 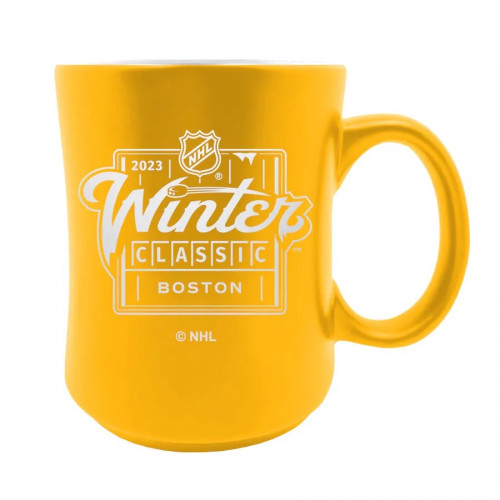 The logo is neutral, but fans of both Pittsburgh and Boston could claim the yellow design is for them. It's always nice when rival fans can find common ground, isn't it? And what better peace offering than a nice cup of coffee? There's also a black option, and all of the above still holds up for that one, too. 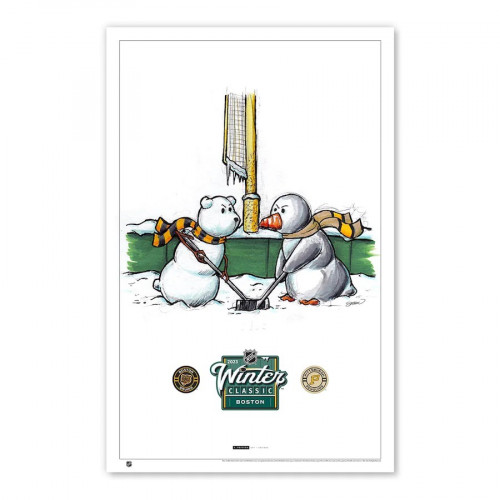 Now this is just adorable, isn't it? Hockey isn't really synonymous with cuteness. But, using the snowman design to portray bruins versus penguins is pretty clever. This makes for a great souvenir for homes, offices, restaurants in the area, you name it!

Next year's event will be between the new kids: the Seattle Kraken and Las Vegas Golden Knights, and the NHL is already working on how they can top the branded experience at Fenway.

"We'll go into the marketplace. We'll do sort of an audit of visuals and DNA inspirations," Haskins told ESPN. "We'll sit with both the teams, and certainly even some fan kind of focus groups, to begin to create the design work not only for the uniforms but for the décor that we're going to bring."