We told you it was going to happen. There’s no way that the new ‘Space Jam: A New Legacy’ movie, starring arguably the most famous sports figure in the world and expanding wildly on the foundation of the first movie, wasn’t going to spend a ton of money on promotional marketing.

We haven’t seen the movie yet, but all of the trailers make it seem like an over-the-top nostalgia ride with tie-ins from other lucrative intellectual properties like old video games and cartoons. If Warner Bros. hadn't gone crazy with merchandising, it would have been positively looney.

Some of these branding rollouts are still happening, but we got a glimpse of one this morning from Nike and Xbox—like Bugs Bunny and LeBron, a powerhouse duo of household names. The brands sent influencers a kit featuring an Xbox controller decorated in classic Wile E. Coyote and Roadrunner “Loony Tunes” art, which ties in with an upcoming “Space Jam” game on Xbox. The kit also comes with a pair of Nike LeBron 18 Lows with different design motifs on each shoe, and it’s all packaged in a branded box. 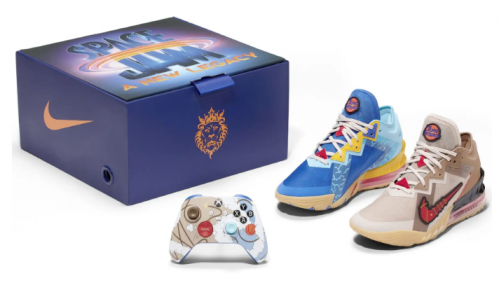 This one is an almost perfect amalgamation of all of the recent promo trends we’ve been seeing:

We’re not sure exactly who all got this box, but professional skateboarder Nyjah Huston posted on Instagram that he received one, and it’s even cooler than Xbox made it sound in their press materials.

Maybe he got a special kit for being an Olympian and all, but his personalized box looks like a locker, and contains not only the sneakers and controller, but a branded Xbox console, a LeBron James PEZ dispenser, a box of cereal, and a Tweetie Bird plush toy. 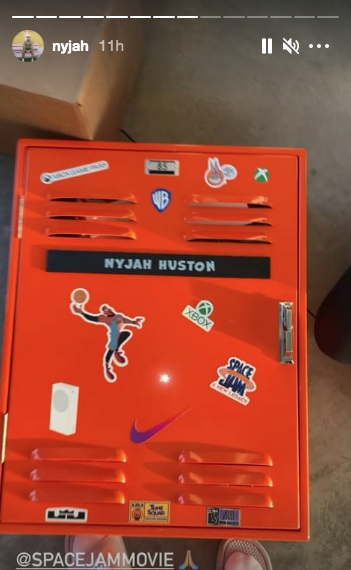 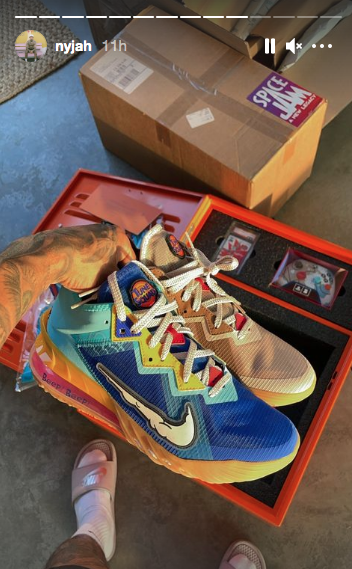 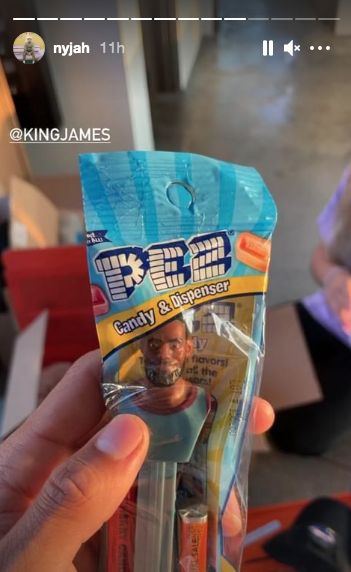 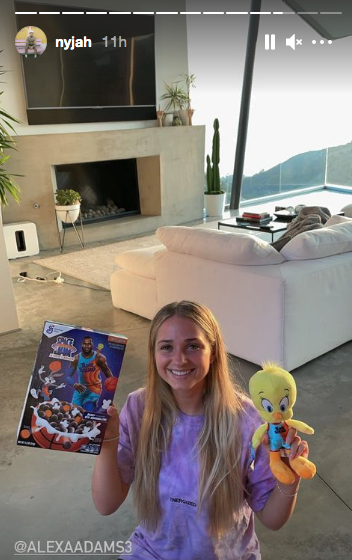 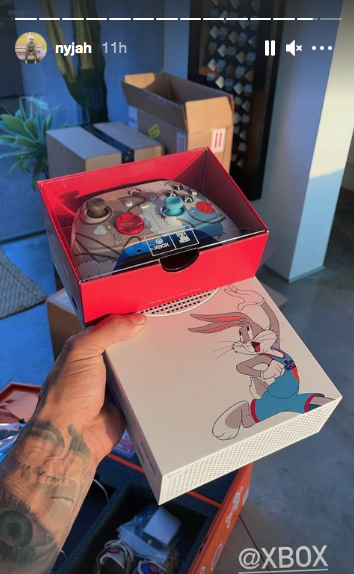 Xbox has been going hard with the marketing for their new consoles. That shouldn’t surprise anyone, given how much hype exists around gaming. But it seems like they’re going outside of the usual advertising routes this time around, like making refrigerators that look like the console, and now creating a “Looney Tunes” scene on the console itself.

The console's Brutalist, blocky design sort of lends itself to those ideas, though. That rectangle is a blank canvas for artwork to live, or it can sink into the greater concept. That idea of minimalism in design is something we’ve discussed before, mostly relating to signage and logo design, but it applies to how physical products can exist as advertising beyond just a space for a one-location imprint.

This kit is the quintessential 2021 promotion. The movie is simultaneously being released in theaters and on streaming services, which originally was a way for studios to circumvent theater closures due to the pandemic, but now is much normal as audience preferences shift. The days of one big premier aren’t gone, but you reach a much wider group by sending these gifts to famous people who will post it on social media.

This probably isn't the last big co-branding effort from the "Space Jam" marketing team, either. They apparently have 200 licensed merchandise partners, and are looking to top the original movie's $1.2 billion in merchandise revenue.

With major sporting events like the Olympics right around the corner, keep your eyes peeled for more LeBron and Bugs Bunny.