One of the cool things about soccer (at least European soccer) is that teams typically get new uniforms every year. That can be a mixed bag, because one year, you might love your team's uniforms and then hate them next year. Then you're stuck watching every game, quietly (or vocally) hating the sight of your favorite players.

International soccer works similarly, in that national teams get new uniforms on a regular basis. When we (by "we," I mean me, an avid soccer fan) saw that the U.S. national teams would unveil their new look this week, we were super-excited.

For those who don't really pay attention to soccer, these look OK. They're red with blue accents and have a classy-looking logo in white. What's the problem?

For those who do, they might look eerily similar to not one, not two, but three other teams' uniforms—the England national team's jerseys from the 2016 Euro, the Portugal national team, and the French club Paris Saint-Germain.

The common denominator here is Nike. Nike supplies uniforms for a lot of teams all over the world. The thing is, though, the uniforms typically are based on the same template. Look at the U.S. team's uniforms (or, as they say across the pond, "kits") last year compared to France's. Same shoulders/sleeves. 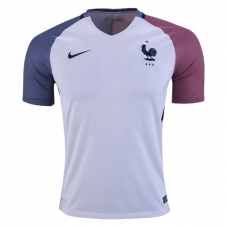 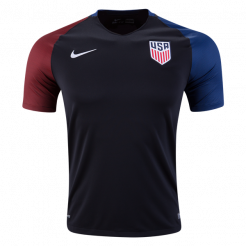 The U.S. also looked suspiciously like England's other kits during the same time period. 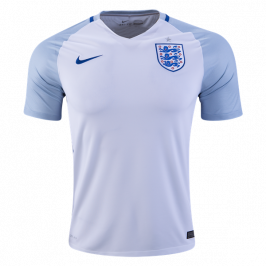 And here's the U.S. home shirt that same year: 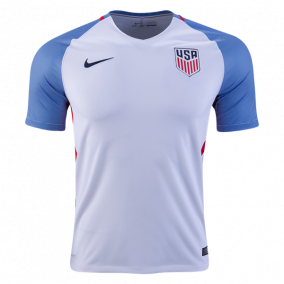 So, why is it that Nike, one of the most well-known athletic companies in the world, creates subtle variations of the same jersey for every team? As Nike starts supplying to more and more teams (in Europe, different clubs have different apparel sponsors, but Nike is moving fast), it will more closely resemble U.S. sports, where the same company makes every jersey.