Under Armour isn't the only apparel giant making changes at the top. While Under Armour has been in the news after CEO and founder Kevin Plank stepped down from his position (while remaining involved in a new capacity), you might have missed that Nike's top executive Mark Parker is leaving at the same time.

Due to step down in January, Parker will be replaced by cloud services company ServiceNow CEO John Donahoe. A changing of the guard in and of itself isn't that interesting for a company like Nike, but where this becomes newsworthy is the fact that Donahoe doesn't really have an apparel background at all, coming from eBay before ServiceNow. 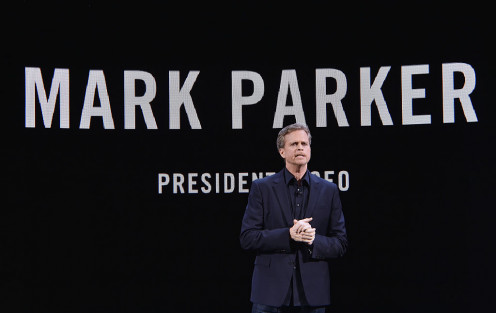 Nike president and CEO Mark Parker is leaving the company in 2020, and will be replaced by ServiceNow CEO John Donahoe. | Credit: Getty Images by Mike Coppola

Matching tech and apparel does make sense in a way, as these sportswear companies have been integrating technology in just about every facet of their operations. And, having come from eBay, he likely knows a thing or two about e-commerce.

James Brumley from the Motley Fool analyzed it pretty succinctly:

That's not to suggest Donahoe won't be able to build on the work that Nike has already done.

Though the company has offered direct-to-consumer shopping for years, it escalated its technology efforts in 2017 with a tech overhaul initiative called the Consumer Direct Offense. More recently, it acquired a pair of technology start-ups and turned them into a tool called Nike Fit. The feature is now part of Nike's mobile app, allowing consumers to scan their feet to ensure they're buying the perfectly sized shoe—online or in a store. The data is then stored in the customer's Nike+ profile.

It's a business model Donahoe understands, with his background in catering to millions of customers, each with a unique history and digital habits. Managing a mountain of data and turning it into something useful is no easy task.

That's not to say Nike is going to go full tech. The company still has to be concerned with performance (being that so many athletes wear its products during competitions) and the look for consumers.

But this will be an interesting step for Nike, and you should keep an eye on what additions to their tech offerings and e-commerce capabilities the company makes in 2020 and beyond.

Our Fave 5 Promotional Products of the Week: Supporting Local Business and Empty Stadiums