Leave it to a couple companies that originated in the 19th century, with Levi’s commencing in 1853 and Nintendo starting in 1889, to put together something so very contemporary—namely, a cross-branding campaign. Continuing to give the masses merchandise-driven reminders of its video game supremacy, the latter is teaming with the denim bigwig to release a Super Mario branded clothing collection.

The assortment consists of 11 apparel items, with a few accessories reportedly set to join the offerings. In giving a nod to its Super Mario video game series/media franchise, Nintendo is honoring a platform that began in 1985 and is presenting goods that will give its fans and Levi’s devotees an opportunity to play dual brand lovers, with some of the products bearing price tags that will definitely prove their allegiance should they part with their money to buy them.

If you're anything like us, you likely have many fond memories of making your way through the Mushroom Kingdom as Mario, and the odds are that you might now be helping your kids to defeat Bowser and save Princess Peach. Hey, you might even be wearing jeans while you do so! This probability—and just the overall durability of the Nintendo and Levi’s names—make this partnership appear as if it will work, and, from a branding and design point of view, it has our attention. 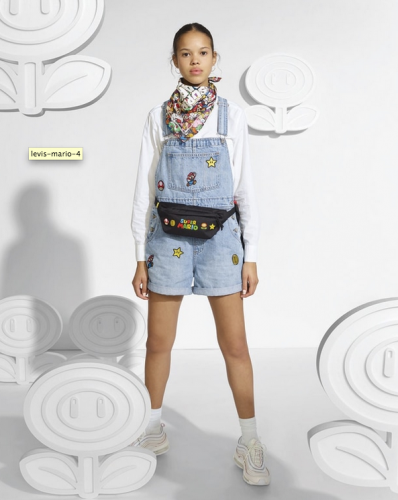 The Nintendo/Levi's overalls could make a great seasonal item for fans with $92 to spare. | Credit: Nintendo Everything

There are so many pluses to this collaboration, with a few of our favorites being the denim jacket decked out in patches, the appearance of Mario branding on the Levi’s tag (particularly the mention of Super Mario), and the left-sleeve decoration on the hoodie. The play on the Levi's logo, with Mario jumping up to punch the "E" as if it were on of his famous coin blocks, is also clever.

Like the folks at 9to5Toys, though, we have to give the crown to the short overalls/coveralls, which, nicely acknowledge Mario as a revered rocker of blue overalls. And while we knows the contents of the partnership between Nintendo and Levi’s, we haven’t the foggiest idea of when the merch will drop, although the rapid advance of Mario Day could make us happy (and near broke) come Tuesday. 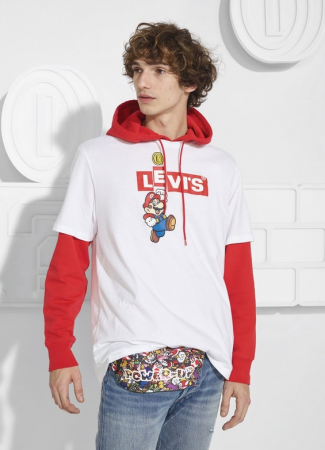 The Nintendo/Levi's products could likely debut by March 10, which fans of the video game titan celebrate as Mario Day. | Credit: Nintendo Everything

As brands probe the possibilities of attracting even more momentum for their goods, we expect for more cross-branding deals to go down as this year advances. Within the last year alone, we have covered a few successful pairings, so it seems a given that with an anything-goes mindset, many executives will be gathering to see how they can design interesting products that make end-users go bananas for duos they never would have even thought should go together.